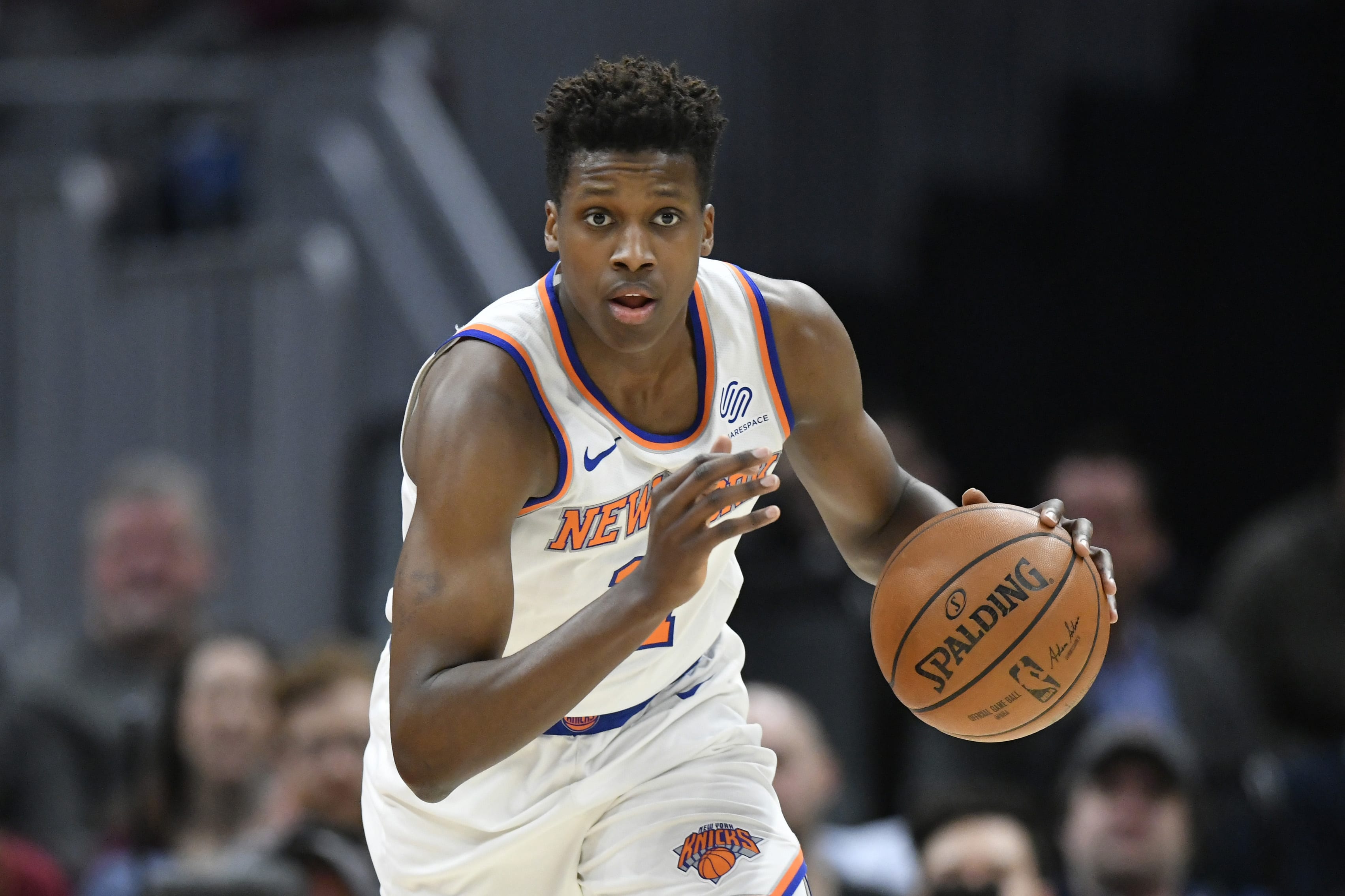 Julius Randle won the duel of NBA All-Star forwards, then Frank Ntilikina stole the thunder in the end.

The seldom-used French guard completed a steal with 4.7 seconds left, then buried two pressure-packed free throws that preserved Randle’s big game and lifted the New York Knicks to a 110-107 win over the Indiana Pacers Saturday night at the Madison Square Garden.

The come-from-behind win at the start of a back-to-back schedule pushed the Knicks to .500 and tied the Toronto Raptors (17-17) for the fourth-best record in the Eastern Conference.

“We didn’t start the game well. It was funky. We have to work our way through. It was a long game. But the most important thing is we found a way to win in the end,” Tom Thibodeau said. “A lot of people stepped up and made big plays.”

One of them was Randle, who delivered big on both ends.

The first-time All-Star finished with 28 points, 10 rebounds, six assists, and four steals. It was Randle’s ninth game with a 25-10-5 stats line this season, tied for the second-most in a season in Knicks history, according to Elias Sports BureauElias Sports Bureau. Bob McAdoo holds the record with 15 during the 1977-78 season.

But more than closing in on the franchise record, Randle helped the Knicks won the regular-season series against Indiana by locking up fellow All-Star Domantas Sabonis.

Sabonis was held down below his average (21.6 points and 11.5 rebounds) and could only cough up 15 and 7 against five turnovers in 37 minutes.

With Sabonis frustrated, former Knicks Justin Holiday and Doug McDermott carried the Pacers’ offense and combined for 33 points through the first three quarters. Then the Knicks defense held them scoreless the rest of the way.

But the Pacers stretched Thibodeau’s thinning rotation in this game.

Two nights after the Knicks scored a season-high 140 points, they found themselves staring at an 8-0 hole at the start. The Pacers extended it to 16.

To compound the Knicks woes, they lost Taj Gibson to an ankle injury, leaving them with only Nerlens Noel as their lone big man.

“Next man up. We’ve got more than enough with the players that we have,” Thibodeau said afterward.

“I know Leon (team president Leon Rose), and Wes (executive vice president William Wesley), and Scott (GM Scott Perry) will look into players that are available. That’s their area. I’m just focused on the guys we have. We’ll figure out a way,” added Thibodeau putting pressure on the front office to get him frontline help.

Thibodeau had to dig deep, employing Randle as a center with Kevin Knox at four. The small ball worked for a while as the Knicks ended the second quarter with an 11-3 run. They forced the Pacers to three turnovers in the last 2:26 of the opening half and pushed the ball to take a 54-52 lead at the break.

New York built a nine-point lead, 89-80, in the fourth quarter but Indiana, playing on the second night of a back-to-back, refused to quit. They came back behind unheralded guard Edmon Sumner and took a 98-93 lead. Barrett and Randle responded with a 9-0 run as the Knicks took the lead back, 102-98.

Randle extended the Knicks lead to five, 108-103, on two free throws off Sabonis’ fourth foul. But Sabonis made up for it with a three-pointer at the top of the key to cut the lead down to two.

With Randle nursing five fouls, Thibodeau pulled the defensive ace up his sleeve.

The gambit paid off.

Rose had another strong game with 17 points, a season-high 11 assists, and four steals in his second start. His active hands led to Ntilikina’s pivotal play.

“It looked like Sabonis was being shaky with the ball. I saw the guard was at the top. He didn’t know what he wanted to do. I saw the ball was going back, and I just tried to go for it. It was just perfect timing, and Frank was able to get the ball,” Rose said of the game-sealing play.

Now the Knicks will travel to Detroit with a chance to move above .500 against the Pistons and the rejuvenated Dennis Smith Jr.

The former Knick, who was traded for Rose, is coming off his best game of the season (17 points and six assists) in a road loss to the Sacramento Kings.

Smith has scored in double figures in his last three games, averaging 14 points, 4.7 assists, and shooting 53 percent during that stretch.