The New York Islanders have always been a franchise filled with great captains. We don’t need to go down the list of names (you can do that below) who have helped paved the way.

Anders Lee, currently the team’s captain, has now held that position for two years, even though technically this season still hasn’t finished.

He’s done a terrific job being the leader of the Isles, and that goes for him continuing to speak on behalf of the organization with the coronavirus pandemic still going on.

Now, whether the season is resumed in the coming months or is eventually just shelved for good, examing Lee’s reign as captaincy up until this juncture is something worth discussing.

Back on October 4, 2018, the Islanders were set to play their season opener in Raleigh against the Carolina Hurricanes. Just before morning skate, new head coach Barry Trotz and general manager Lou Lamoriello announced to the team they were naming Lee captain. Lee, who became the 15th player in franchise history to receive the nod, was hand-picked by Trotz after several discussions with Lee’s teammates.

“When I first got the opportunity to coach the Islanders, we talked to every player. It was clear as day to me that Anders would be the fifteenth captain of the Islanders,” Trotz told reporters after the announcement.

Lee’s first season wearing the “C” couldn’t have gone any better if it were Hollywood script.

He scored 25-plus goals and totaled more than 50 points for a third straight season. His leadership in key moments earned newfound respect from his teammates who showed they were willing to go to bat for him. The team returned to the postseason with 103 points and swept the Pittsburgh Penguins in the first round of the playoffs. And it was his “We’re a family” quote after the Islanders’ season ended which embodied the spirit of the team’s attitude all year.

Lee signed a brand new seven-year, $49 million contract on July 1, and the expectation was he would continue to be that proverbial power forward who can score another 25-30 goals.

Here’s where things get dicey. The Islanders this year were not the same team from a year ago. They again lacked scoring and faced more adversity than some might have expected. Lee himself, struggled with inconsistency all year leading up to when the season was postponed back on March 12.

Sure he’s scored 20 goals again and is over 40 points again, but that goal total is very soft compared to what we’re used to seeing from Lee.

Again, two years is a small sample size when talking about a captain and his total impact on an organization. Look around the league, but more importantly back throughout the Islanders’ history — other than maybe the late ’90s and late 2000s — and it’s usually the third year of said players’ captaincy is where the team experiences lots of success.

The Islanders, in year three under Ed Westfall’s captaincy, came within one game of the Stanley Cup Finals. It was the same for Westfall’s successor, Clark Gillies; Gillies’ third year as captain, the Isles were two wins from the Cup Final. Denis Potvin? The Islanders won their fourth straight Stanley Cup. Mark Streit? the team made the playoffs and gave the Pittsburgh Penguins all they could handle in the first round.

I think you get where I’m going. We might not know the extent of Lee’s impact until the end of next season.

So what kind of grade does he earn as captain thus far? A solid B.

The Islanders have experienced good team success with him at the helm.

He’s represented the franchise with nothing but class and dignity on and off the ice.

He’s shown so far he can lead by example through adversity.

But, his on-ice performance needs to improve.

That’s not saying Lee needs to be the best player on the ice every night. Then again, as the captain, you’re expected to produce on a consistent level.

Lee is set to turn 30 in early July. His captaincy is still in its early stages, one hopefully that will last till the end of this decade.

Up until this point though, his time as captain you could argue has gone better than expected. 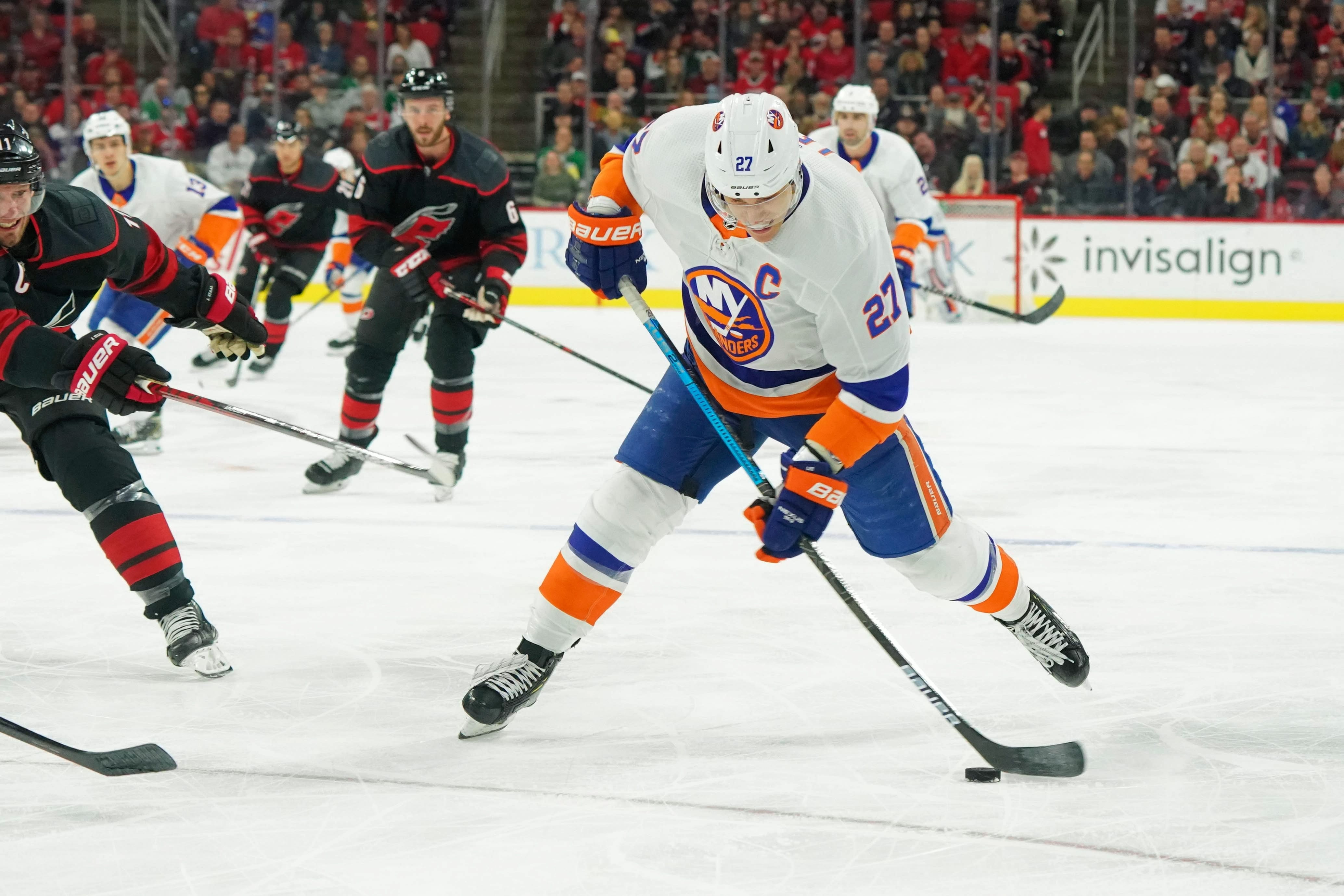 The New York Islanders’ offense as of late has hit a wall. In particular, their captain, Anders Lee, has been one of the biggest culprits.

In the last three games, Lee has recorded a ridiculous 20 shot attempts, and somehow, none of them have been able to find the back of the net. The Isles as a whole only have one goal in their last 180 minutes of play.

“It’s been tough for us lately to find goals,” Lee said after Monday’s loss in Arizona.

“We got that one from [Beauvillier] and couldn’t get the second one. We had chances over and over and we’ve just got to find a way to put it in.”

Lee’s struggles couldn’t have come at a worse time for the Islanders, who are clawing tooth and nail for positioning in the extremely tight Metropolitan Division. Heading into the final matchup of their four-game Western road swing tonight, the Isles find themselves in the final wild-card spot in the Metro.

The team being in that spot only makes it more crucial for Lee to snap out of this funk he’s been in.

Frankly, Lee needs to find that next level and fast. His season has been mired with inconsistent play despite 17 goals and 33 points through 58 games. He’s of the main drivers on offense for head coach Barry Trotz behind Mathew Barzal and Jordan Eberle, as well as the team’s primary goal-scoring threat. Plus g.m. Lou Lamoriello also paid him quite nicely in the offseason — $49 million to be exact — for moments like the one facing the team now.

As a captain, this is the time of year where your leaders are your best players. The Islanders need Anders Lee to be that guy starting now and down the stretch.