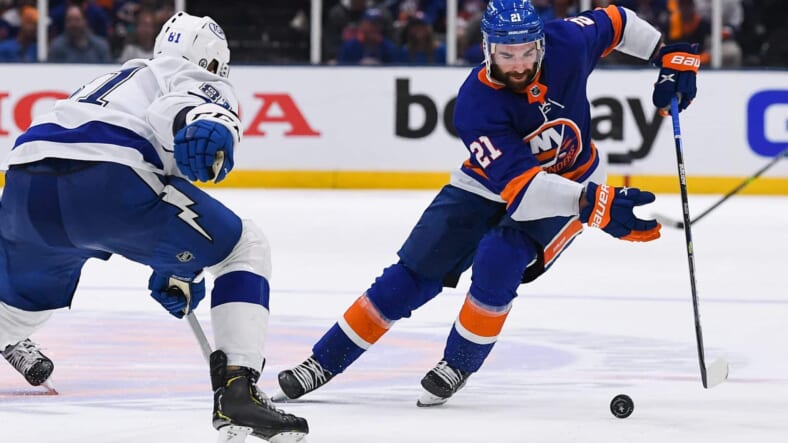 The Islanders and their fans should be hoping one facet of their game takes a big step forward this season. What is it? Scoring.

It’s no secret the Isles’ offense has been questioned for the lack thereof despite how much team success they’ve had over the past three years. They ranked 21st twice and 20th in Goals Per Game in the regular season, that according to foxsports.com. In that time, they’ve also not had a 30-goal scorer; the last was captain Anders Lee during the 2017-18 season when he tallied 40 goals.

Having a forward of that caliber probably could have increased those numbers slightly or maybe a wide margin. And it hasn’t been for the lack of trying. General manager Lou Lamoriello took a swing for Artemi Panarin in free agency two years ago, and this summer the team put their hat in the Vladimir Tarasenko sweepstakes. Both were unsuccessful, even with Tarasenko still possibly lingering out there.

But the Islanders might have finally solved that glaring issue. Lee and the newly re-signed Kyle Palmieri have the ability to give the offense a true shot in the arm, and both do have 30-plus goal potential.

Lee has already surpassed the 30-goal plateau twice in his career. As stated earlier, he notched 40 red lights four years ago and had 34 the season before that. Before the 31-year-old went down for the season in March, he had 12 goals and was on pace to come near or eclipsing that mark again. Could Lee have gotten there? It’s fair to say yes with the bounce back season he was having and how the line of he, Mathew Barzal and Jordan Eberle were progressing.

Lee is now fully recovered from his injury and he will be back with Barzal and most likely Palmieri. That trio should have more of an attack mentality, meaning more offense and more goals.

Palmieri is a former 30-goal scorer in his own right from his years with the Anaheim Ducks, having done it in 2015-16. He’s expected to replace the production of the departed Eberle.Â He and Barzal showed some chemistry in the few times they were together during the postseason.

Barzal truly has never really had someone like Palmieri, and vice versa. The former just might be the most skilled forward the 30-year-old Palmieri has lined up with in his career. That should account for something. Palmieri’s shoot-first mentality should add a new dynamic for the first line as a whole.

The offense should also see more balanced scoring with Oliver Wahlstrom, Brock Nelson, Anthony Beauvillier, and the addition of Zach Parise. Nelson has yet to score 30 in his career, but this might be the year he finally breaks through. Wahlstrom on the other hand is the team’s most complete sniper, but he is still raw and reaching 30 goals as a third liner seems a bit farfetched. But, if he does get a shot on the first line — which some may think he might — all bets are off.

As much as the Isles are a defense-first squad, offense shouldn’t be as hard to come by as its been in years past. They have some firepower that could do some damage this season.