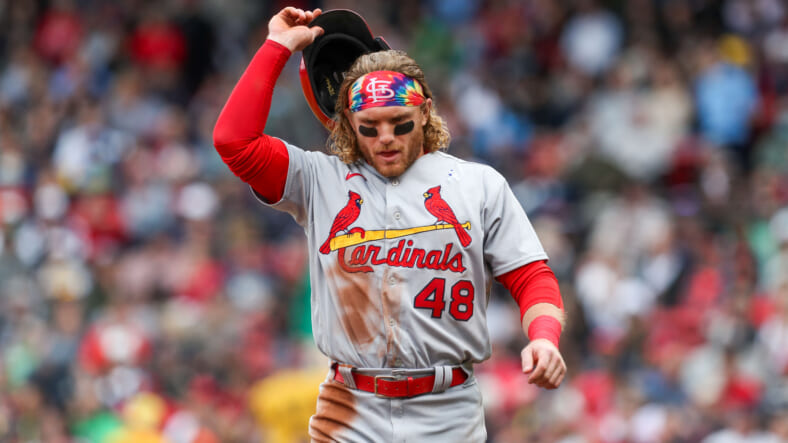 The Yankees trading Jordan Montgomery for an outfielder is extremely interesting, but Bader offers solid value with one more year left of team control at 28 years old.

What is Harrison Bader bringing to the Yankees?

Looking at his hard-hit metrics, Bader features a 26.5% hard-hit rate, 4% barrel rate, and 83.5 mph exit velocity. He’s not known for his home run hitting capabilities, and as a righty hitter, he can’t fully take advantage of the short right porch in Yankee Stadium.

Against right-handed pitching, Bader is a solid batter, averaging .271 with five homers, 19 RBIs, and 35 strikeouts over 199 at-bats. He predominantly features at the bottom of the order, strengthening the Yankees lineup once he returns from injury.

This is a very odd trade, given the value Jordan Montgomery clearly holds. Bader is currently on the injured list with plantar fasciitis and will be shut down for several weeks; currently wearing a walking boot. He’s expected to return before the end of the season, but this deal makes little sense given how well Montgomery has performed this season.