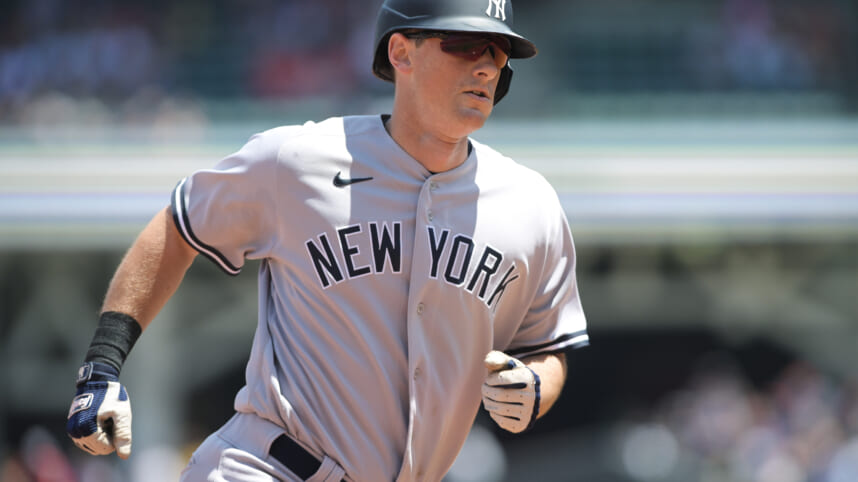 The New York Yankees will know who their ALDS opponent will be after the weekend concludes, but they are still trying to figure out what their playoff roster will look like with several players dealing with injuries.

One of the more notable players fighting back and trying to get healthy before the postseason begins is star utilityman DJ LeMahieu.

LeMahieu has been fending off a right big toe injury that kept him out for a few weeks last month. He landed on the IL after a game on September 4th against the Tampa Bay Rays, going hitless in three consecutive games to open the month. He spent 26 days on the injured list before returning against the Baltimore Orioles on September 30.

The Yankees need to tread lightly with DJ LeMahieu:

To start October, LeMahieu hit .308 with a 40% on-base rate over 13 at-bats. He’s been quite efficient, but the injury still lingers, and considering he’s been limping around and favoring his left foot significantly, the Yankees may decide to shut him down for the rest of the year.

“I feel all right,’’ said LeMahieu, who was limping around the locker room after Wednesday’s game.

Manager Aaron Boone indicated that the week the Yankees have off leading up to the ALDS should serve a big purpose in helping DJ get treatment and prepare for the postseason. However, one wrong step or movement could set him back to square one.

“This time in-between will be important,’’ Boone said. “I feel like he’s still guarded against it a little bit.”

“You can see him favor it a little bit,’’ said Boone, who added he was hopeful “more strategic treatment” over the next five days will help LeMahieu get closer to normal.

The 34-year-old infielder provides essential value when healthy, but if he becomes a liability in the batter’s box and can’t contribute at his normal levels, the Yankees need to make a tough decision.

However, it seems as if he’s going to try and power through the injury, hopefully making some significant progress before Tuesday’s opener against either the Tampa Bay Rays are Cleveland guardians.