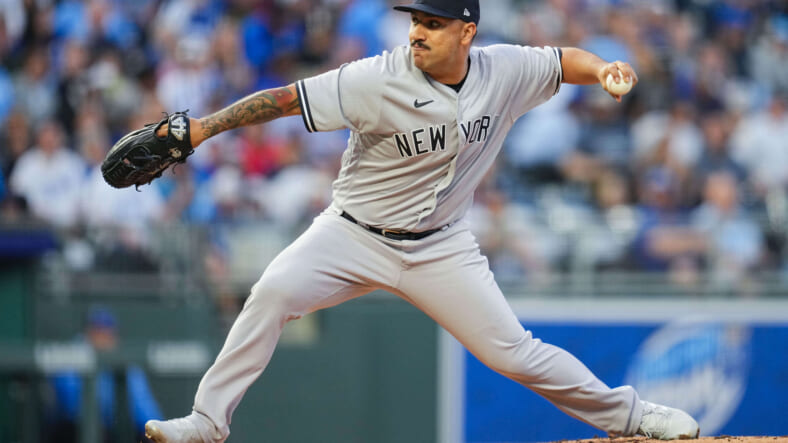 At the beginning of the 2022 season, nobody anticipated that New York Yankees starter Nestor Cortés would become one of the best pitchers in baseball. Cortes has been a journeyman since joining the MLB back in 2018 with the Baltimore Orioles. He pitched in 4.2 innings before taking his talents to the Bronx in 2019, pitching 66.2 innings with a 5.67 ERA.

However, after a quick pitstop with the Seattle Mariners in 2020, Cortes made his way back to the Yankees in 2021, enjoying a 2.90 ERA over 93 innings. There was hope he could turn into something special, which is exactly what he did after utilizing a creative pitch delivery and bringing a much-needed spark to the clubhouse. Despite the Yankees’ mantra of discipline, Cortes brought a Mario-esque joyfulness that spilled over onto others.

When Cortes originally made it to the big leagues after being drafted in the 36th round back in 2013, most believed it would be as a long relief option out of the bullpen rather than a starter that would end up pitching over 150 innings this season.

The Yankees found themselves a premier starter in Nestor Cortes:

By most accounts, the 27-year-old starter developed into one of the best pitchers in baseball and rightfully earned his way into the “ace” discussion for the Yankees alongside Gerrit Cole. In fact, manager Aaron Boone required several days to determine whether Cole or Cortes represented their best option to start Game 1 of the ALDS against the Cleveland Guardians.

Cole ended up dominating opposite Cal Quantrill of Cleveland, but Cortes will have his work cut out for him against Shane Bieber and a Cleveland team that predicates itself on contact hitting.

Nestor finished the season on a strong note, enjoying a 1.80 ERA in September, giving up four earned runs over 20 innings. In the season finale on October 1 against the Baltimore Orioles, he pitched 7.1 innings, allowing one hit and striking out 12 batters.

Utilizing a beautiful sequence of pitches, including a 4-seam fastball, cutter, slider, and change-up, he has completely changed the way the Yankees approach general fundamentals. In fact, he’s been a large proponent of arm angle and shifting up his delivery speed to keep batters on edge. In other words, it seems as if he’s having fun on the mound, messing with his leg movements and delivery speed.

Cortes is the exact opposite of Cole, who focuses on his fundamentals entirely and takes a perfectionist approach. Given his success this season, it seems as if both strategies work efficiently, but given the expectations originally set out for Cortes, he has completely refined his career.