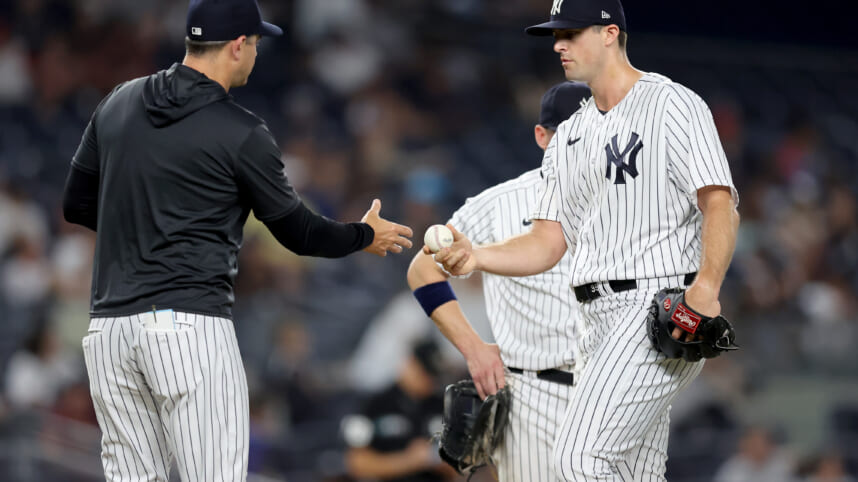 The New York Yankees can’t afford to take on any more new injuries, but if they’re going to happen, they should happen in the middle of August, with players still having time to recover before the postseason.

Recently, the Yankees lost Matt Carpenter to a fractured foot and DJ LeMahieu to toe inflammation, but the latest injury blow is significant. Star closer Clay Holmes has been dealing with a tight back, which could send him to the injured list.

“Tried to throw again today and it tightened back up,” Holmes said Tuesday night. “Just felt the smartest thing and best way to go about it was to try to maybe give it a break.

Holmes and the Yankees will play the injury with caution, ensuring he is 100% for the last few weeks of the season. The team desperately needs him to be healthy during the playoffs, so that should be the primary goal.

“Play it smart and not try to push through something that maybe it could be a lot worse than what it is now. … Hopefully this is just a short little thing and nip it in the bud real quick.”

The Yankees discovered a star closer in Clay Holmes:

Holmes has been one of the team’s best players this season after being acquired from the Pittsburgh Pirates last year at the trade deadline. He recorded a 4.93 ERA with Pittsburgh over 44 games, but his stats skyrocketed when he joined the Bombers.

Over 25 games, he featured a 1.61 ERA, 72.9% left on base rate, and 10.93 strikeouts per 9 over a 28-inning sample size. He’s been so electric this season that he took a closer job right from underneath Aroldis Chapman, who was struggling with Achilles tendinitis.

However, the tables have turned with Chapman putting together strong performances lately and Holmes blowing three games in his last five appearances. In the month of August, he hosts a 10.80 ERA with five hits and four earned runs allowed over 3.1 innings.

It was obvious that Clay were dealing with something serious. Numbers like his don’t drop off a cliff the way he experienced. Even his July stats were a bit uneven, so this is the perfect time for Holmes to rehabilitate and prepare for the playoffs rather than aggravating the issue further.

In his stead, the Yankees recalled Ron Marinaccio from Triple-A Scranton. Marinaccio has been dominant with the Bombers this year, waiting patiently for an opportunity to call him up. It was only a matter of time before his services were needed.