Yankees reach out to the Giants about Kevin Gausman (Report) 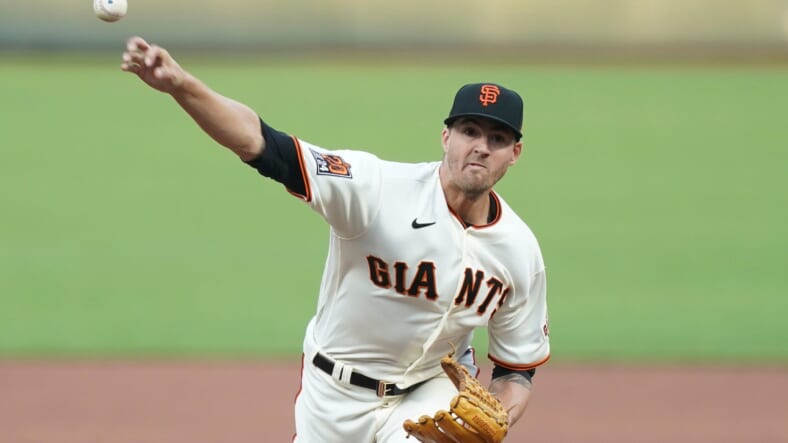 Another day and another pitcher is on the New York Yankees radar. Per Andy Martino, the Yankees have reached out to the San Francisco Giants about starting pitcher Kevin Gausman.

Yankees call Giants on Kevin Gausman. Add it to what we already reported on Cleveland and Seattle. https://t.co/YdZ8rnCaIz

Yankees have familiarity with Gausman

The New York Yankees have a lot of familiarity with starter Kevin Gausman. Before being traded in 2018, Gausman spent the first five years of his career with the Baltimore Orioles. He has faced the Yankees on a number of occasions.

Gausman has really good stuff, and he’s shown great potential at times in his career. The problem with Gausman has been his inconsistency. Take this year as an example of Gausman’s inconsistent pitching.

When I mention Gausman’s inconsistency, it usually plays out in games. I’ve seen him pitch this year, and he can look like a top of the rotation arm at times. Yet, there are other innings where he leaves a lot of pitches just begging to be hit a long way.

If he can hone in on his strengths, I believe that he could really be a game changer for the Yankees. I’m also loving the velocity I’m seeing out of Gausman. In his last start that I noticed his fastball was touching 97 on the gun.

The Yankees are needing another pitcher for the stretch run. I think that Matt Blake could be the guy to assist with unlocking a more consistent Kevin Gausman. A winning team probably wouldn’t hurt either. Gausman will be a free agent after this season and shouldn’t cost a ton, but given teams’ need for pitching, you never know.