New York Yankees News/Rumors: Who are the Yankees looking at before the Trade Deadline? 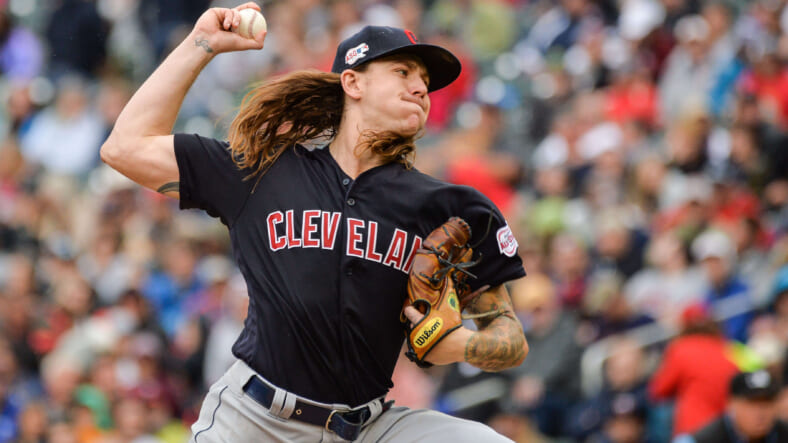 The New York Yankees will be busy during these last few days before the trade deadline at 4 pm, this coming Monday. Specifically Brian Cashman the Yankee general manager is working with not a lot of information, trying to fill some of the gaps in the Yankee team.Â  The Yankees have a pitching problem with only ace Gerrit Cole performing as expected.Â  The Yankees are missing key pitchers, Luis Severino who had Tommy John surgery, and last year’s best pitcher Domingo German who is serving out the remainder of his suspension.

Second, in the rotation, James Paxton, recently went on the IL with forearm flexor problem and won’t return to the rotation until a week or two before the end of the season.Â  The rest of the starting pitcher staff is giving up 5.97 runs per nine innings.Â  The bullpen also has their own problems, with the absence of Tommy Kahnle (Tommy John) and Zack Britton (hamstring). Lately, the only dependable reliever is Chad Green.Â  Closer Aroldis Chapman has returned from the coronavirus, but is mostly untested.

Various sources have said that the New York Yankees have been actively looking for help. Here are a few possible targets:

If the New York Yankees make a blockbuster deal, Mike Clevinger would pobably be involved.Â  Internal problems have besat Clevinger breaking the coronavirus protocol, leaving him on poor terms with the Cleveland Indians.Â  New York Yankees general manager Brian Cashman has already been in touch with the Indians, and the Indians have said they are open to offers. Clevinger is one of the best pitchers available before the trade deadline. The 29-year-old right hander has been excellent dating back to 2017 (2.97 ERA, 10.2 K/9 in 464 2/3 innings) and has two years of club control remaining beyond 2020. The Indians would be interested in Clint Frazier, that they originally drafted, and Miguel Adujar to fill their need for a 3rd baseman.

Trevor Bauer would be rental type move for the Yankees.Â  Cashman and company have scouted Trevor Bauer before.Â  He is now one of the best pitchers in baseball.Â  But there are problems for the Yankees, he becomes a free agent after this season.Â  Bauer also might not be the best fit for the Yankees, he is emotionally outspoken and uses Twitter frequently to vent his frustrations.Â  Some of his tweets are transphobic.Â  Even though he is 3-1 with a 1.65 ERA for the Cincinnati Reds, the Yankees will most likely pass on him. Several observers are more positive on this trade than I am.

This is a complicated deal, that just might make sense for the Yankees. It would bring the Yankees starting pitching and bullpen help in one deal.Â  The Yankees have dealt with the Kansas City Royals several times over the years.Â  The Royals have some needs too.Â  Miguel Andujar would make a good fit for the Royals at 3rd base.Â  Someone like reliever Nick Nelson or similar, would probably have to go to make this trade happen. Staumont is the key piece here, given that he’s under control through 2025, has an average fastball velocity of 98.5 mph and is striking out 46.9% of batters faced. This should be very attractive to the Yankees.

Last season at the trade deadline the Yankees were interested in the pitcher from the Toronto Blue Jays, The Yankees have traded with the Blue Jays before, but this one didn’t go in favor of the Yankees. Stroman signed a one year deal with the New York Mets.Â  Forward to 2020, and Stoman has opted out of playing for the Mets.Â  Stroman has let it be known that he would like to be a Yankee.Â  He might be interested in making that happen before the deadline.

Today’s start against the San Diego Padres will likely be the last time Taijuan Walker dons the maritime insignia in 2020. The Yankees have done a lot of trading withthe Seattle Mariners in recent years. This is a likely deal that makes sense for the Yankees, and everyone wins with this one.Â  The Mariners picked him up thinking they could use him in a trade, and this deadline season just may make that a reality. Walker could be a clear upgade in a number four starter.

If the New York Yankees go after Mychal Givens, it wouldn’t be the first time the Yanks have worked with the Baltimore Orioles.Â  Zack Britton the former Oriole closer, has worked out very well for the Yankees.Â  He most recently took over for Aroldis Chapman and gained all eight of his saves for the Yankees.Â  Givens could be just the help the Yankees need to patch up their bullpen.Â  Givens over his six years in the majors, heâ€™s posted an ERA of 3.31, with a 3.39 FIP that backs it up.Â  Although the Orioles started out hot this year, they have returned to their losing ways, and might be willing to to be a seller.

Buck Farmer is coming off his best season in 2019, and has been solid early on before going on the 10-day IL. Â  Farmer is not a high-leverage option, but more of a slight upgrade over some of the members of the team currently riding the Scranton Shuttle. With the Detroit Tigers drifting away from postseason contention, they might be willing to let Farmer loose. The Yankees have also expressed an interest in Matthew Boyd of the Tigers.

The one thing we know for sure is that Brian Cashman is s stealth genius, talking to those that no one has any idea of, his behind the scenes work is notorious.Â  Cashman will most likely zero in on at least one starter upgrade. He will also look to bolster the bullpen, but is more likely to depend on the Scranton/Stadium shuttle to fill those gaps.Â  It is not likely that we will see any blockbuster moves for anything else than pitching. The continual Francisco Lindor talk will continue as just talk. Keeping all this in mind, don’t be surprised by a complete surprise.