Yankees and Mariners are talking about Taijuan Walker (Report) 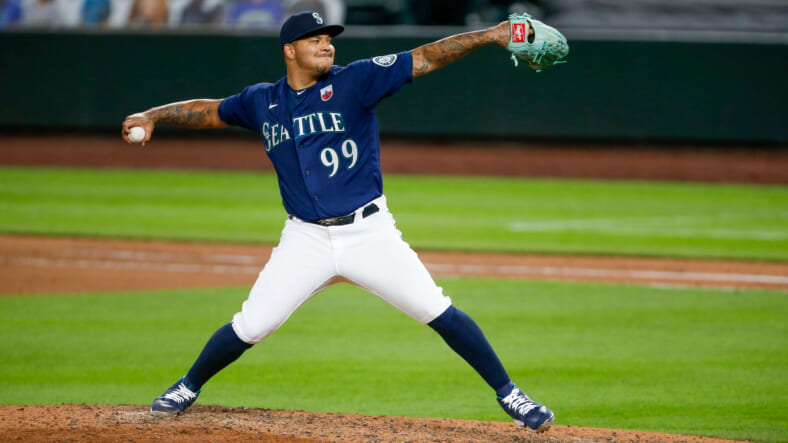 The New York Yankees are always looking for another edge if they can find one. Whether it’s signing free agents or making a trade, the Yankees are trying to be the best team in baseball. Right now, their pitching staff is really hurting.

Going into the year after the Yankees signed Gerrit Cole, many believed the rotation would be a strong spot for the team. However, they lost Luis Severino to Tommy John, James Paxton is hurt and might not be back for a while, J.A. Happ has been awful, and Masahiro Tanaka has been inconsistent.

The only true bright spot in the rotation has been Gerrit Cole who has pitched like a Cy Young winner. Because of the lack of performance, the Yankees are actively looking for help in the trade market. Per MLB Networks Jon Morosi, they have checked in with Seattle on Taijuan Walker.

Source: #Yankees have inquired on #Mariners RHP Taijuan Walker as the @MLB Trade Deadline approaches. Perhaps we shouldn’t be surprised. There have been 8 trades between the teams in the last 5 years. Story: https://t.co/VL5zbYp5wq @MLBNetwork

The Yankees front office is extremely familiar with the front office of Seattle. As Morosi pointed out in his tweet, the teams have done eight deals in the last five years including the Yankees acquiring James Paxton.

Walker is off to a pretty good start in the 2020 season. The big right hander is 2-2 with an ERA of 4.00 and a WHIP of 1.074. He’s striking out just under nine batters per nine innings. In his last two starts he’s gone a combined 13 innings while only giving up three runs and striking out 13.

Walker will be a free agent after the season is over, and while in a normal year you wouldn’t think the price tag would be enormous, the lack of available pitching might make this deal difficult to pull off.

The Yankees are not going to give up a great deal for Walker. Would he improve the team now? Of course, but I can’t see Cashman giving up a ton for him. Now, the teams work very well together so I wouldn’t be shocked to see a deal worked out that is good for both sides.

I said yesterday, I believe that the Yankees are going to make some kind of deal this week. Whether it’s a bullpen arm like Mychal Givens or a starter like Walker or just an arm for depth purposes, the Yankees will do something. Time will tell what that something is.