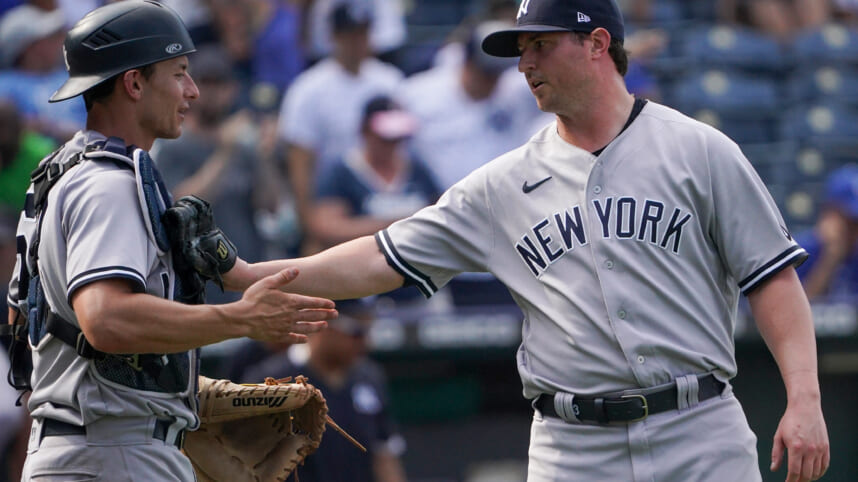 The New York Yankees made a few moves on Saturday afternoon prior to the second game of a three-game series against the Baltimore Orioles. On Friday, veteran bullpen arm Zack Britton experienced shoulder fatigue that unfortunately shut him down prematurely.

The Yankees placed him on the 60-day injured list, opening up another roster spot, which they filled with right-handed pitcher Jacob Barnes.

The Yankees saw Britton just three times over the past week before shutting him down for the rest of the year. Britton signed a three-year, $39 million deal with the Yankees, being paid $14 million this season despite not making an impact.

The Yankees will likely recoup some of that through insurance, but now they are down another lefty relief pitcher.

Zack gave up six walks, and one earned run in less than an inning during his three appearances for the Yankees. In his stead, the team announced that Jacob Barnes will take his place, having spent the last seven years at the MLB level.

Barnes started his career with the Milwaukee Brewers back in 2016, making his way to the Kansas City Royals, Los Angeles Angels, New York Mets, Toronto Blue Jays, and Detroit Tigers this year. Now, he’s with the Yankees after posting a 6.10 ERA over 20.2 innings with Detroit this season.

Historically, Barnes isn’t an efficient pitcher by any means, but he will serve a backup purpose until the playoffs, giving the Yankees time to rest some of their more prominent arms.

Since the team has already locked up the top seed in the AL East, they don’t have much to worry about moving forward, affording them the ability to mitigate fatigue over the next few days until the playoffs are underway.