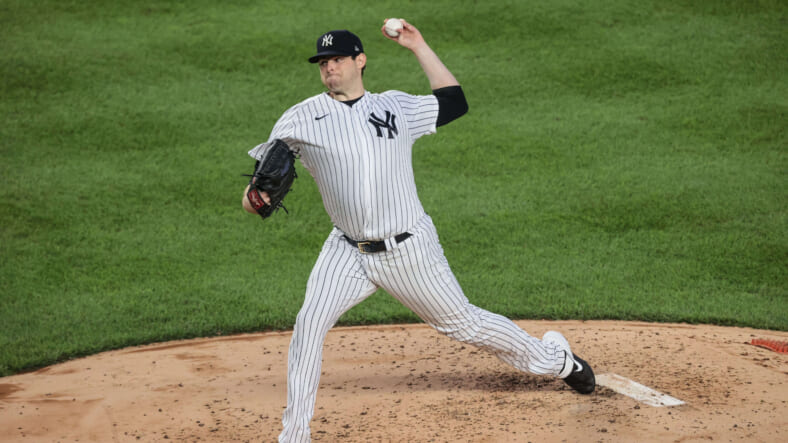 The New York Yankees currently have the best spring training record in the MLB at 12-4. Overcoming the Toronto Blue Jays 1-0 on Wednesday afternoon was just another step in the right direction, as they continue to dominate with their pitching. Offensively they struggled in this contest, striking out nine times and recording just five hits, but they got the job done thanks to a fantastic outing by starting pitcher Jordan Montgomery. Montgomery lasted 5.0 innings, striking out four batters and allowing zero hits. He currently hosts a 0.90 ERA this spring, solidifying himself as the number four starter in the rotation.

Thankfully, the Yankees have one of the best problems in baseball — too many great starting pitchers to choose from. It is possible they roll into the 2021 season with a six-man rotation, thanks to impressive performances from Domingo German and Deivi Garcia.

German and Garcia are currently in an all-out battle for the fifth spot in the rotation, but considering they both look phenomenal, the Yankees might reward them both with a slot.

Over three games, German has pitched 9.0 innings, allowing five eights and zero runs, striking out 13 batters in the process. He currently has a 0.00 ERA, while Garcia sits at 2.25.

German might have a slight advantage over the 21-year-old, but Garcia has only allowed two runs over 8.0 innings this spring. Those two runs came against homers, showing simple mismanagement of location. As he develops, the Yankees will feel more comfortable inserting him into the starting rotation with ease. Garcia earned his first action in the MLB last year during the abbreviated 2020 campaign, posting a 4.98 ERA over 34.1 innings. His first sample size was positive, having a few stellar outings but ultimately struggled over a larger sample size.

Just the experience alone is worth a ton, so the Yankees can feel good rolling into the campaign with Garcia slotted in as the 6th man. Even if he struggles, they can always settle at five and utilize him as a supplemental piece.