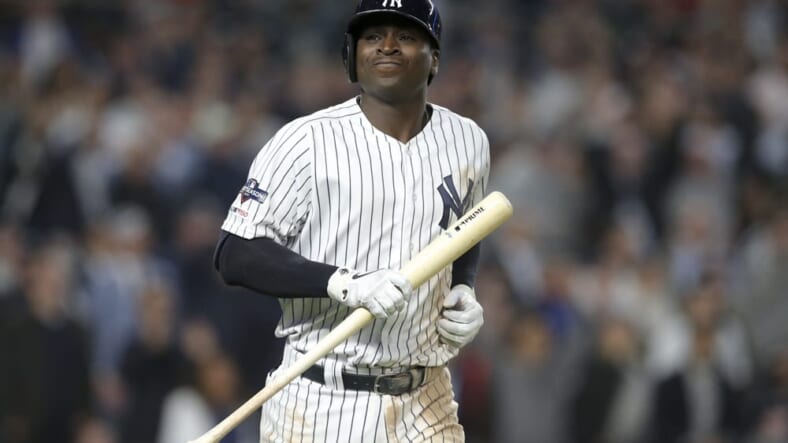 The New York Yankees are coming increasingly closer to losing star infielder DJ LeMahieu to an alternative club. There are three teams that have entered the picture for his services, including the Toronto Blue Jays, New York Mets, and LA Dodgers. All three, especially the Blue Jays, are serious about potentially acquiring LeMahieu and his offensive capabilities. However, the Dodgers are even viewing him as a potential solution at third base, despite minimal reps in the past at the position.

General manager Brian Cashman has to be gearing up for the possibility of supplementing DJs loss, despite his desire to stay in pinstripes. Reports have indicated that he and the team are about $25 million away from finding a compromise, but Cashman has strict orders not to overspend on free agents this year.

The Yankees are essentially hoping that other teams donâ€™t outbid them for his services, so they can lower his price tag. It is a risky move for Cashman, but they wonâ€™t overspend for a player who will be 37 at the end of his desired contract.

Hereâ€™s how the New York Yankees could perfectly reallocate his money:

Donâ€™t expect any big-name free agent signings, but there are a few players that could immediately help their cause and upgrade several spots.

Reuniting with Didi Gregorius would be a great idea for the Yankees, considering he is 30 years old and had one of his best seasons ever in 2020. Despite a smaller sample size over 60 games, Gregorius hit .284 with 10 homers and 40 RBIs, collecting a career-low 11.8% strikeout rate and career-high .339 on-base percentage.

Once again, Gregorius was a consistent defender, and signing him to deal would allow the Yankees to move Gleyber Torres back to second base, where LeMahieu is currently expected to play. It would be an efficient move, solidifying the infield’s defense and injecting a known commodity back into the batting order. In addition, heâ€™s a lefty hitter, adding a bit of diversity to a Yankee team that is heavily right-handed.

Odorizzi has a projected market value of about $14 million per season, far less than Masahiro Tanaka was making in 2020. Heâ€™s a quality pitcher at 30 years old but had a down 2020 season that could allow the Yankees to acquire him on a cheaper deal. In 2019, Jake finished with a 3.51 ERA, earning a 35% ground ball rate and 10.08 strikeouts per nine. He pitched 159 total innings, winning 15 games.

Odorizziâ€™s primary pitches are his fastball, slider, and change-up. His fastball averages out at about 93 mph, but he has very solid curve-oriented pitches. His pitch diversity makes him a solid starter with potential, and the Yankees might be willing to take a flyer on him to supplement some of their losses in the starting rotation.