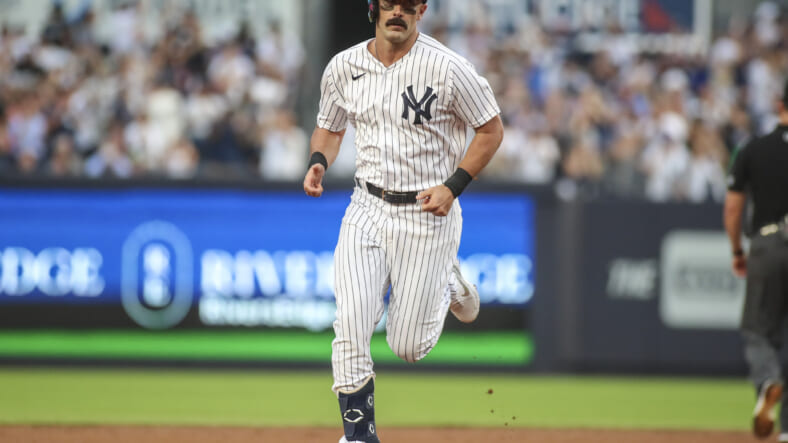 The New York Yankees bullpen may not be getting much healthier, but they are still expecting back a few integral pieces during the playoffs. Notably, slugger Matt Carpenter should be ready to return in the ALDS against either the Cleveland Guardians or Tampa Bay Rays.

Carpenter has been out since August 8 after fracturing his foot from a foul ball. He’s been getting tons of live at-bats during batting practice with Double-A Somerset. Since the regular season has come to an end for the Yankees, there’s no chance of getting any live-action opportunities, but he could be available as a pinch hitter or designated hitter in the ALDS.

However, with Giancarlo Stanton hitting homers in three consecutive games, the Yankees may not need Carpenter unless it’s a last-resort scenario. Since the team can’t trust him defensively, the only place to get him involved is DH, in which they may try to take advantage of a few favorable matchups.

Aaron Boone recently indicated that they have their eye on Carpenter and his progress, watching him closely leading up to the ALDS.

“The biggest thing is him getting in there and seeing live pitching. He’s had five or so at-bats each day (of late) and now we’ll get eyes on him through the weekend and into next week. I’m optimistic and feel like physically he’s in a pretty good place.”

The Yankees got a huge spark from Matt Carpenter:

The Yankees’ previous cold streak lines up pretty well with when Carpenter went down. It just goes to show how dominant he was performing, especially in the month of July, when he hit .356 with a 44.7% on-base rate, including nine homers and 23 RBIs over 73 at-bats.

Over the course of a 12-year career, that might’ve been one of the best months Carpenter has ever had, seemingly out of his prime.

Having not faced live pitching in two months, there’s no question that Carpenter will need to shake off some of the rust, but he’s confident after facing plenty of pitching throughout his career, he can make an immediate impact if called upon.