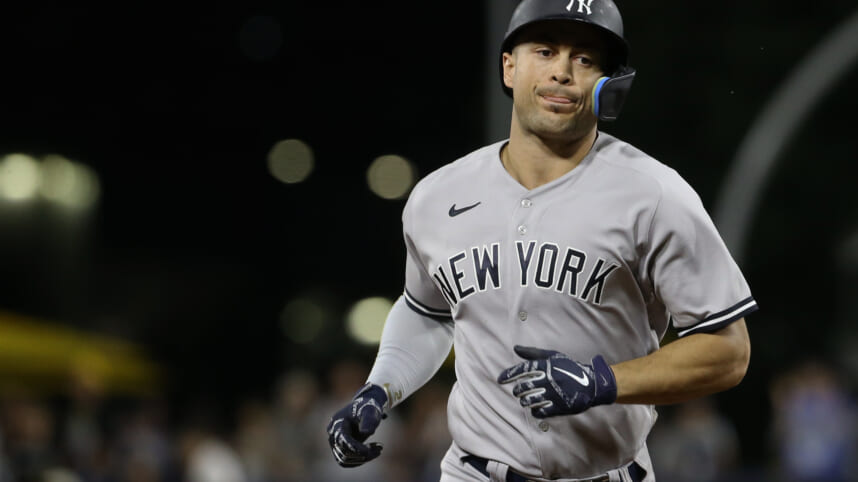 The New York Yankees just got Giancarlo Stanton back from an Achilles tendinitis injury that kept him out an entire month from July 23 to August 25. He finally returned against the Oakland Athletics last Thursday, recording three RBIs with a hit and a walk over four at-bats.

However, he’s struggled to get back into form since then, recording three hits over his last nine games, lowering his batting average to .214 on the season with a 29.7% on-base rate.

By most accounts, Stanton is having a disappointing year, being disrupted by injury. Luckily, the Yankees dodged another bullet with their star slugger after fouling a ball off his foot on Monday in the 6th inning. He stayed in the game but was struggling to plant and maintain his balance during his next at-bat in the 8th inning.

“I think it was when he was planting, it was just bothering him,” Boone said. “But nothing more.”

The Yankees need Stanton to find his groove:

Stanton has struggled with his timing since returning from injury, but manager Aaron Boone believes he is well underway and gaining back his eye for the ball.

“For being as powerful as he is, he is a guy that hits the ball on the ground and on a line a lot,” Boone said. “Even when he’s come back, so far a lot of his — he’s probably hit about eight to 10 balls, rockets on the ground. Some for hits, two today right at guys. So he’s been a little unlucky in that way.

Stanton has hit 24 homers this season to go with 64 RBIs, but with the playoffs quickly approaching, the Yankees need him to be at the top of his game.

“He tends to, because of how his swing is, be a little more line drive, a lot more one-hopper ground balls and things like that. It has been a little bit that way since coming back, but I think it’s more for G just finding that really good timing.”

The 32-year-old has made solid contact but has whiffed a lot. He’s struck out eight times in his last seven games, but he’s getting close to recording his first home run since July 15 against the Boston Red Sox.

Hopefully, he isn’t forced to miss too much time, losing his momentum once again.