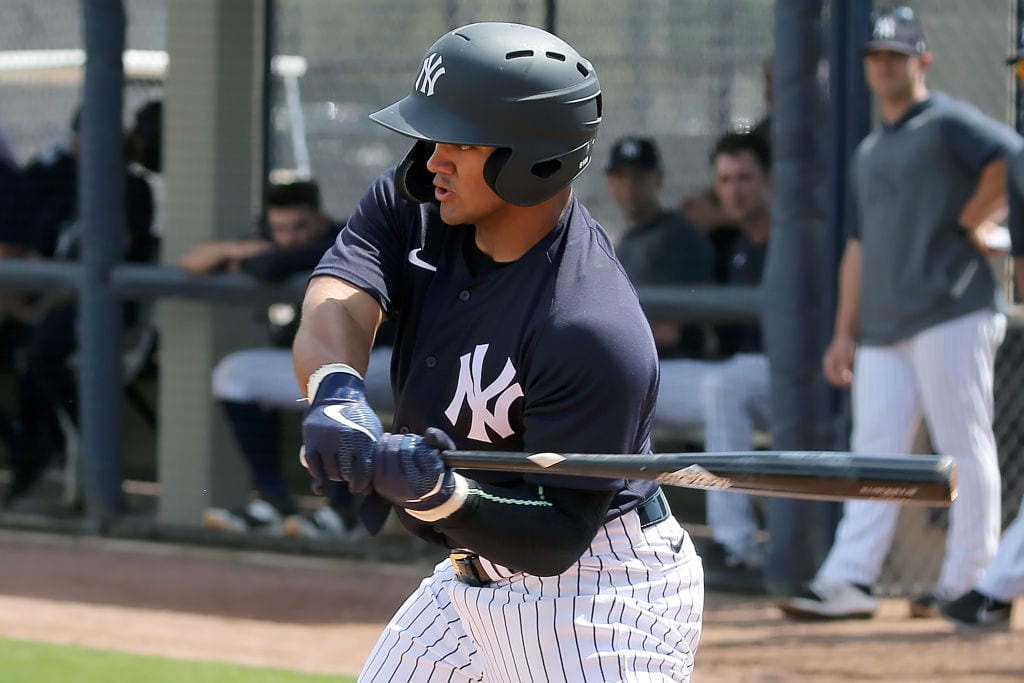 The New York Yankees are excited about the future. Yes, they have plenty of current needs, most notably shortstop, first base, center field, and pitching, but they know their top prospects can be impactful when they get the call.

“You want these guys to succeed; you want these guys to have fun and not have to deal with unnecessary stresses,” Reese said. “I think everybody reads the articles. Everybody reads social media, knows what the hype is and what’s expected. That’s always a challenge for everybody to deal with. It’s something we try to be open, to talk about with them and try to help them manage.”

The Yankees are in love with Volpe and Dominguez

Volpe is just 20 years old and was not only the Yankees’ most improved prospect in 2021, but he made a huge jump according to all prospect evaluators. He slashed .294/.423/.604 slash line in 109 games at Low-A Tampa and High-A Hudson Valley, with 27 homers and 33 stolen bases.

Dominguez, on the other hand, is 19, and while he didn’t have such an explosive season statistically, the Yankees are pleased with how he handled playing and living in the United States.

He has only played in 56 professional games thus far, hitting .252/.353/.379 in Rookie ball and at Low-A last season. The Yankees, however, think he is ready to shine.

“They’re very mature for their age, very professional and off the charts in work ethic,” Reese said. “You don’t get that type of hype, draft value or signing bonus if you don’t have some of that. There’s definitely some God-given talent in there, but the work that they put in, it shows when they compete with everybody else.”

Reese called Volpe and Dominguez “leaders amongst their peers,” while new High-A manager Rachel Balkovec called the “Martian” a “joy to work with”.

“We try to hold them accountable and develop them as people as well,” Balkovec said.