Yankees have 2 perfect trade pieces to leverage at the deadline 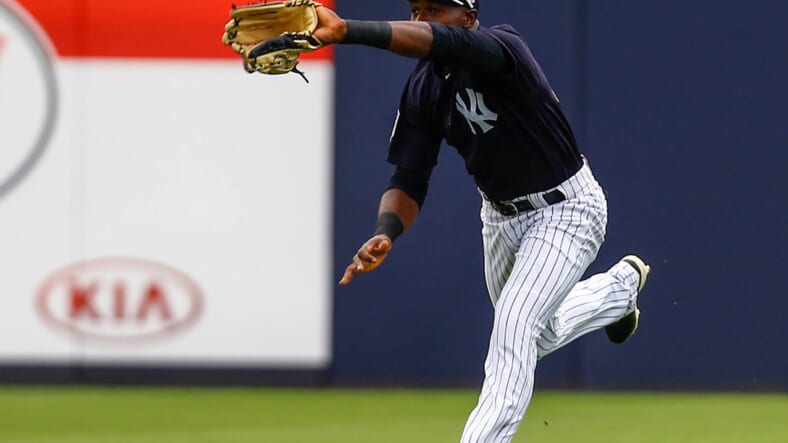 The New York Yankees will be looking to make moves at the trade deadline in a few weeks, but most of their value comes from the minor-league system.

They don’t have many major league players that are worth trading at this moment, especially with big contracts in tow. However, they have a few very valuable minor-league prospects who could be leveraged at the deadline.

Two perfect prospects to leverage at the deadline for the Yankees:

The Yankees don’t want to give up Anthony Volpe in a trade, which makes Oswald Peraza that much more attractive as a movable piece.

Peraza’s value may never be higher than it is right now, so unless the Yankees want to call him up and give him a chance at shortstop to compete with Isiah Kiner-Falefa, they should flip him for the best quality player possible.

General manager Brian Cashman has been keeping tabs on multiple players, including Ian Happ from Chicago, Bryan Reynolds from Pittsburgh, and Luis Castillo via Cincinnati. Any of those three players would provide monster upgrades at their specific positions.

After dealing with multiple years of injury-prone play, 24-year-old outfielder Estevan Florial has finally increased his value exponentially. Florial has been dominant in Triple-A this season with Scranton. He’s hitting. 308 with a 39% on-base rate and .530 slugging percentage. He currently hosts a 143 wRC+, indicating he’s 43% better than the average minor-league player.

Florial has also hit 11 homers this season with 31 RBIs and 26 stolen bases. For a team that is looking for a five-tool outfielder with great upside, Flo presents solid value. A team like Chicago or even Cincinnati could be attracted to Estevan, especially since he barely has any major league service time under his belt.