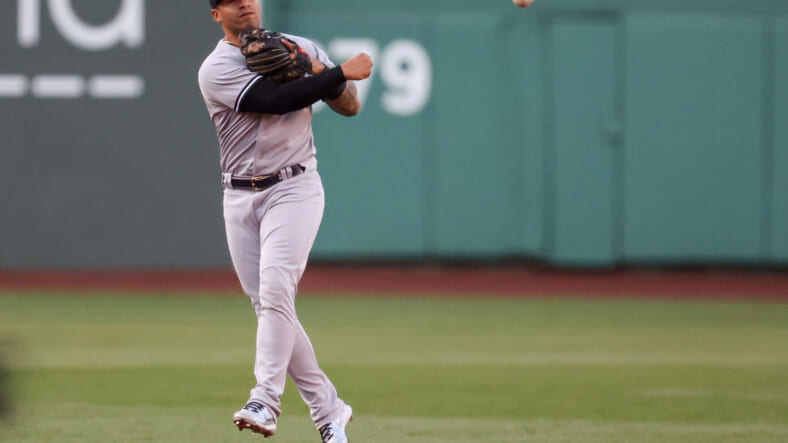 New York Yankees general manager Brian Cashman may have cemented his stance behind Josh Donaldson and Isiah Kiner-Falefa, but the reality of the situation is that both are worthwhile trade options. Donaldson is coming off a down 2022 season and has a $21 million salary for the 2023 campaign, suggesting the Yankees may want to offload his bloated contract.

The team has one year left of control over Kiner-Falefa, who still could have some value to an alternative club if the Yanks want to go in that direction. Other than the two trade acquisitions from the Minnesota Twins earlier this year, the Yankees have Oswaldo Cabrera and Gleyber Torres, who represent prime trade opportunities, but the former proved to be a star utility option who the Yankees would like to build around.

The Yankees could send Gleyber Torres on his way:

Torres stands out as a movable piece, playing in 140 games this past season at 25 years old. He hit .257 with a 31% on-base rate, 24 homers, 76 RBIs, and a 22.6% strikeout rate. Defensively, Torres took a big step forward, posting a .985 fielding percentage at second base over 1082.2 innings. He accrued just seven errors, turning 47 double plays and logging nine defensive runs saved above average and a break-even outs above average mark.

If we had to guess, Cashman was undoubtedly headlining Torres as a trade opportunity for other teams, especially since he was included in talks at the trade deadline this past August. The Yankees nearly sent Gleyber and a prospect to the Miami Marlins for starting pitcher, Pablo López. However, the deal was unable to materialize in the final moments, as Miami pulled out and elected to stick with their guns.

The Bombers know what type of player Torres is at this point in time, a streaky hitter with good defense, specifically at second base. He has some decent power to his bat, posting a career-high 44.9% hard-hit rate and 10.7% barrel rate this season.

Other clubs could undoubtedly be interested in Cabrera as well, given his ability to play in the outfield and infield. In addition, he has a solid switch-hitting bat that will continue to develop with more MLB experience and live reps.

Of course, the priority should be offloading Donaldson’s contract, even if that means the Yankees consume a portion of it in, which they can reallocate to another position.