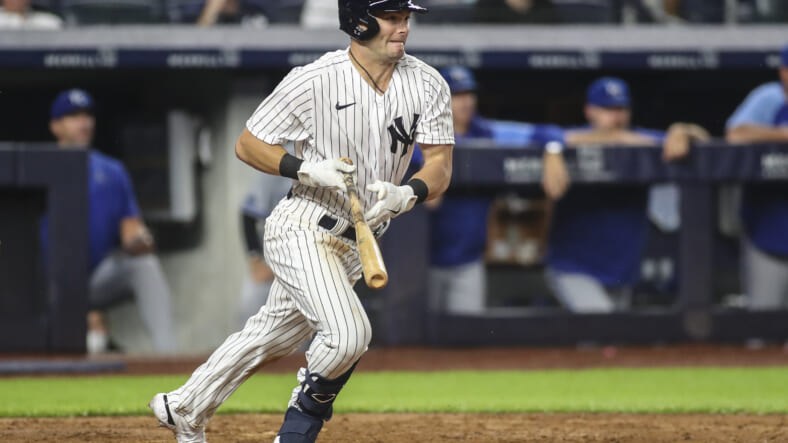 The New York Yankees have a vacancy in left field with trade acquisition Andrew Benintendi hitting free agency. General manager Brian Cashman hoped that Benintendi would make an impact during the postseason for the Bombers, but he, unfortunately, fractured the hamate bone in his wrist, which forced him to miss the remainder of the season.

The Yankees can afford to lock down the left field spot with Andrew Benintendi:

Benintendi is coming off a one-year, $8.5 million deal with the Royals, and he could garner a contract in that range once again, maybe over multiple years. The Yankees have interest in retaining his services, especially considering his ability to get on base and proven postseason success.

Over 21 playoff games, Benintendi has hit .272 with a 32% on-base rate, making regular contact, something the Yankees struggled with during this most recent postseason spell.

Defensively, Benintendi is a solid player in the field, contributing a perfect fielding percentage this season over 1041 innings. He ranks in the 57th percentile in outfielder jump and 53rd percentile in sprint speed, so he’s not the most athletic option, but he is more than serviceable.

At $10 million or under, retaining Benintendi at that yearly price point would be a solid move for a Yankee team that simply can’t put their faith in Aaron Hicks any longer.