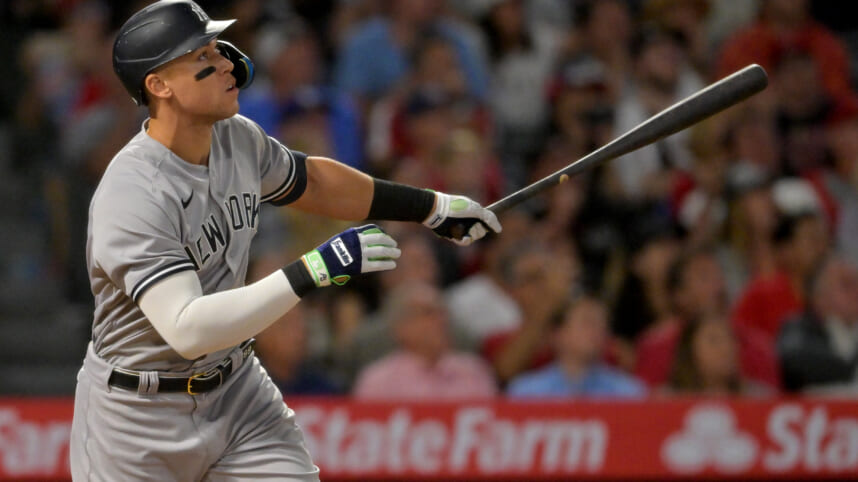 All eyes are on ‘former’ Yankees superstar slugger Aaron Judge as he hits free agency following the conclusion of the World Series. Judge is coming off one of the best seasons in the history of the game at 30 years old, seeking a long-term contract that will pay him upward of $36 million per season. The question is, how many years will he garner from a prospective club, and can the Yankees retain his services for the next 7–8 years?

General manager Brian Cashman has already indicated that Judge has earned the opportunity to hit free agency and secure the bag. Having just hit .311 with a 42.5% on-base rate, 62 homers, and 131 RBIs, there is no question he will have plenty of teams looking to land a player that instantly makes them playoff-caliber.

The Yankees have minimal leverage over Aaron Judge:

Cashman offered Judge a seven-year deal worth $31.5 million per season before the 2022 campaign began, but that was far under his desired earnings. Now, Cashman is in a spot where he holds a little leverage over the slugger and will have to cough up exponentially more of Hal Steinbrenner‘s money to keep him in the Bronx.

“Optimally, if we could wave a magic wand, we would secure Aaron Judge and retain him and have him signed and happy in the fold as soon as possible,” Cashman said on Tuesday. “But as I said in my presser back in New York (last week), he’s a free agent. He’s earned the right to be a free agent, so he’ll dictate the dance steps.”

The Yankees simply can’t supplement the loss of Judge, leaving them with minimal options to explore. They could re-allocate that money toward pitching and several other quality players, but Judge primarily served as the Yankees’ offense during a few cold stretches during the second half of the season. Without him, the Bombers may have missed the playoffs altogether, which is a variable to consider.

With plenty of youth players rising through the system and ready to make an impact with the Yankees in 2023, Cashman can spend a bit more knowing the future of his team is secured with cost-efficient deals. Question is, will he be willing to get into a large-scale bidding war with several high-profile teams this winter?