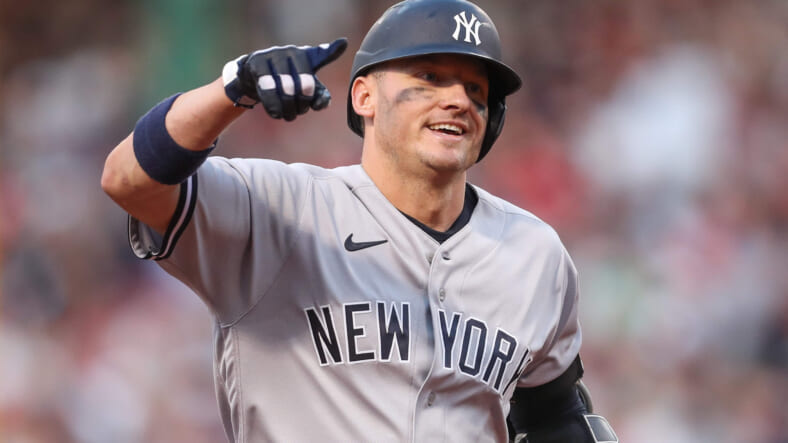 Third base was an interesting position for the New York Yankees during the 2022 season. Manned by Josh Donaldson, acquired in the blockbuster trade with the Minnesota Twins, the Yankees felt optimistic about his production heading into the season but exited with much more left to be desired.

“I know it was a grind for him offensively, I know it was a struggle like it was, frankly, for a lot of our guys in the postseason. We didn’t perform as well as we would have liked offensively. That wasn’t all Josh. But the competitive at-bat thing I think was there, especially because he was one of the guys actually getting on base at a consistent clip, even in the postseason. It was just getting to that big hit or big swing that would really help get him rolling. That didn’t happen for a number of our guys.”

“I think Josh Donaldson is a lot better than what he showed this year. He still has a lot in there to give.”

The Yankees seem committed to Josh Donaldson, for now:

On Tuesday, Cashman spoke to the media, stating that Donaldson will remain as the team’s third baseman in 2023, despite his lofty contract. He has one year left on his deal with a $21 million salary, which the Yankees should undoubtedly try to offload and reallocate.

The $21 million would pay for the majority of Aaron Judge’s deal, to begin with, let alone allow them to invest more at other pressing positions. They still have Isiah Kiner-Falefa on the roster, who won a Gold Glove at third base several years ago.

Oswald Peraza could take over at shortstop, and they still have DJ LeMahieu on a long-term deal. That is not even to mention Anthony Volpe rising through the ranks and preparing to make the transition to the big leagues. They will have plenty of options to play third base, meaning they could save the money on Donaldson and look to invest more in the starting rotation or in left field for a player like Andrew Benintendi or even Japanese star Masataka Yoshida.

With that being said, Donaldson’s best days are behind him and hoping he elevates his quality of play is an optimistic edge to stand on.