Yankees defeat Guardians to advance to ACLS against the Houston Astros 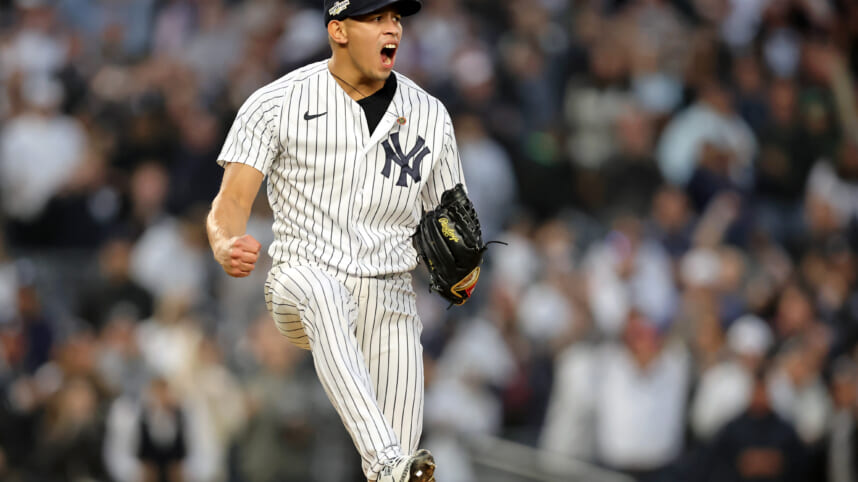 The New York Yankees defeated the Cleveland Guardians in Game 5 of the ALDS on Tuesday night after the game was initially postponed due to inclement weather on Monday.

Nestor Cortés took the mound for the Bombers, pitching five innings, giving up just three hits and one earned run, and striking out two batters. He tossed just 61 pitches in that timeframe, allowing him to rest a bit before his next outing against Houston.

The Yankees got elite pitching:

Cortes will need a few days to get into pitching shape, but he should be able to feature within three days, which suggests a mid-series performance against the Houston Astros. Luckily for the Yankees, the offense showed up early in Tuesday’s match-up, thanks to a Giancarlo Stanton three-run blast in the first inning against Aaron Civale.

Civale gave up three earned runs in less than an inning, tossing 26 pitches. In fact, the Yankees managed to force the Guardians two toss 41 total pitches in the first, eating into the bullpen early.

After Cortes finished the day, the Yankees handed the ball over to Jonathan Loáisiga, Clay Holmes, and Wandy Peralta, who gave up a combined five hits and struck out five batters, getting the job done with ease.

Aside from Stanton‘s blast in the first inning, Aaron Judge contributed a solo homer in the bottom of the second, and Anthony Rizzo punched in a run via a single in the fifth. José Ramírez was on the end of Cleveland’s only run, hitting a sacrifice fly to centerfield, driving in Austin Hedges after a collision in left field that loaded the bases.

Unfortunately, the Yankees had to take Aaron hicks out of the game with a knee injury that will require an MRI. We should know more about the diagnosis tomorrow, but in his stead, the Yankees brought in Marwin Gonzalez.

Now, the Yankees will turn their attention to a surging Astros team that swept the Seattle Mariners in the Western Conference ALDS. Once again, these two teams meet in an elimination series, so the Bombers will be looking to get one over Houston starting on Wednesday.