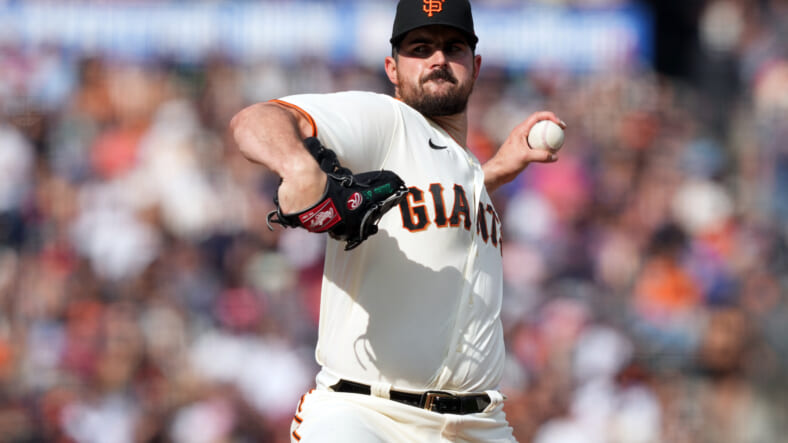 The New York Yankees have been connected to Huston Astros star pitcher Justin Verlander coming off a Cy Young caliber season. Verlander is 39 years old, rejecting a one-year, $25 million offer from general manager Brian Cashman last off-season, but the Yankees GM might have another chance. However, there’s another starter on the market that could fit the bill nicely as well, especially if the Bombers strike out on Verlander.

The best alternative is San Francisco Giants starting pitcher Carlos Rodon, who is 10 years younger than Verlander. Rodon is coming off a fantastic 2022 campaign, hosting a 2.88 ERA, 2.91 xFIP, 11.98 strikeouts per nine, and a 75.1% left on-base rate over 178 innings pitched.

Rodon has now enjoyed back-to-back stellar campaigns, but he could be looking for a long-term contract, which may price the Yankees out of his realm.

The Yankees will settle for shorter years over a big contract:

That is ultimately why Verlander makes so much more sense, given the expectation he will sign a deal with shorter years and higher money per season. Rodon is in line to earn a big contract over the long term, something the Yanks likely don’t want to invest in at this point in time.

Looking at his pitches, you can see why he’s highly sought after. Rodon features a 4-seam fastball, slider, and curveball. His fastball is his primary pitch at 61.2% usage, generating a .213 batting average, 28% whiff rate, and 24.1% put-away rate. His slider is thrown at 31.1%, producing a .193 batting average with a 39% whiff rate and 24.2% put-away rate. In fact, the slider generates 54% more horizontal movement than the average pitcher, which is extraordinary.

Rodon is worth every penny, but again, the Yankees have their focus on Aaron Judge over the long term, where they will have to pinch pennies at other positions. If I had to guess, Verlander would be their only starting pitching target, considering his quality and the short contract he would likely demand, given his age.