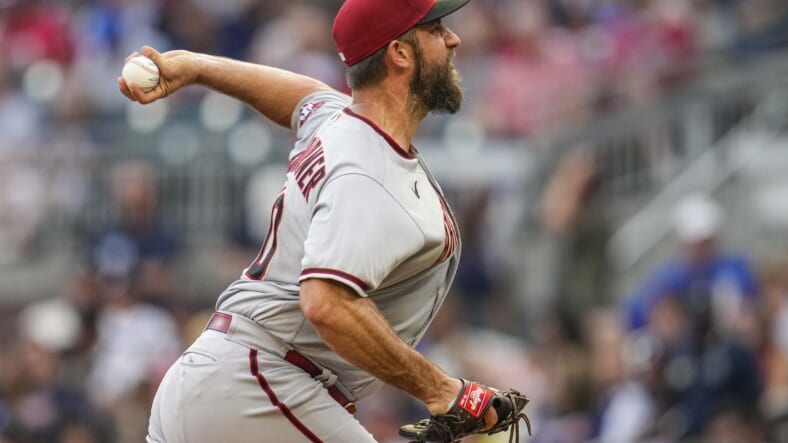 The New York Yankees need starting pitching support at the deadline, and after missing out on Luis Castillo in a blockbuster trade with the Seattle Mariners, they may turn their attention to alternative options.

We’ve discussed Frankie Montas of the Oakland Athletics and José Quintana from the Pittsburgh Pirates, but one other attractive target could bubble to the surface. With the Arizona Diamondbacks considered sellers at the deadline, starting lefty Madison Bumgarner could be an option.

Bumgarner is 32 years old and has already pitched 110.1 innings this season. He’s extremely reliable, pitching seven seasons with over 200 innings of action.

Bumgarner’s most attractive aspect is his postseason experience. The veteran lefty has over 100 innings of experience in the postseason, 102.1 to be exact.

Bumgarner hosts a 2.11 ERA in the postseason, having pitched in five World Series games, including a Game 7 win over the Kansas City Royals in 2014. He hasn’t made a postseason appearance since 2016, but he knows what it takes to be a successful pitcher in big moments.

What would Bumgarner bring to the Yankees?

Bumgarner hosts a 10.3% HR/FB ratio with a 41.6% flyball ratio. In Yankee Stadium, those metrics may be problematic given the short right porch.

Taking a look at his specific pitch sequence, Bumgarner features a cutter, 4-seam fastball, curveball, and a change-up. His curveball has been his most efficient pitch this year, throwing it at 17.6%. It is generating a .188 batting average with a 21.4% WHIFF rate. Opposing batters are hitting .301 off his fastball and .296 off his cutter.

Unfortunately, Bumgarner is struggling to maintain the same efficiency he had years ago, which isn’t surprising based on the length of his career and current age with injuries in tow.

He may be cheap to acquire at the deadline given, he’s on a five-year, $85 million contract with two years left after the 2022 season. If Arizona is looking to unload his contract, the Yankees could consider consuming it, but that means they’d be on the hook for a $23 million base salary next year and $14 million base salary in 2024 with expected regression.

Overall, Bumgarner may offer them experience during the postseason, but he’s far from his prime and costs too much to rely on him comfortably in the future.