Yankees could end up trading starting infielder this off-season 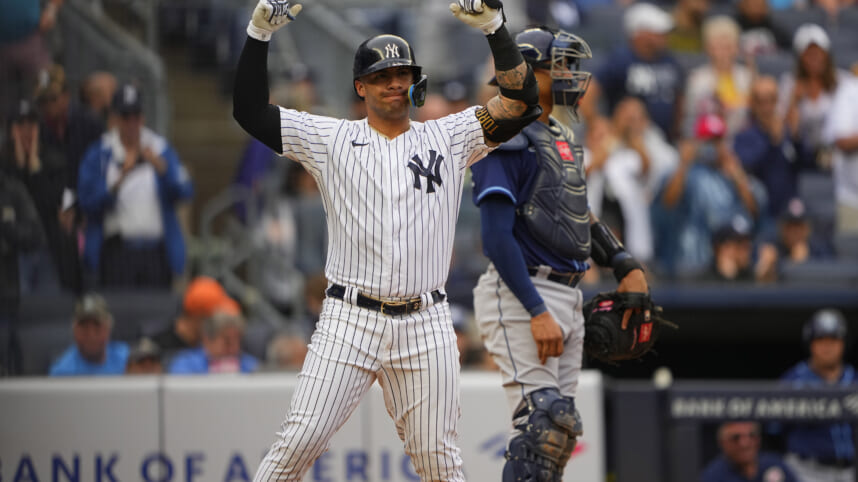 Unfortunately, general manager Brian Cashman was unable to get the deal done, but reports emerged afterward that starting infielder Gleyber Torres was a part of the trade package.

It is no surprise that Torres’s numbers plummeted in the month of August after learning he was on the market. He hit .180 with a 20.4% on-base rate over 100 at-bats, finally getting over his emotions in September, hitting .319 with a 38.8% on-base rate.

Torres was reportedly upset about his inclusion in the deal, leading some to believe that he may desire to play elsewhere during the 2023 season.

Gleyber is a little on the fence [uncertain] about coming back next year. The Marlins rumors bothered him. He was almost traded for Pablo Lopez. Gleyber is not sure what his future holds.”

The Yankees saw a better version of Gleyber Torres this season:

In fact, he earned nine defensive runs saved above average, indicating a positive impact on the Yankees’ infield. However, he did have a polarizing offensive season this year, flip-flopping between good and bad months.

Unfortunately, his playoff stats represent one of the worst stretches of the year for Gleyber, hitting .176 with a 24.3% on-base rate. He failed to hit a home run over 34 at-bats and recorded two RBIs. He ended up being more of a liability than an asset during postseason contention, which could indicate Cashman’s desire to trade him this off-season.

The reality is simple for Torres, his value is likely capped at an average defensive player and slightly above-average bat. A 115 wRC+ indicates he was 15% better than the average player, but failing to come up in the playoffs is all that really matters at the end of the day. Historically, he’s been a pretty solid postseason player, hitting .281 with a 36.4% on-base rate over 31 games.

The question is, can Cashman get exponential value in return for Torres, notably another starting pitcher or a younger prospect who can help the team immediately? If not, retaining him for the 2023 season isn’t a bad idea, plugging the second base spot and not having to worry much.