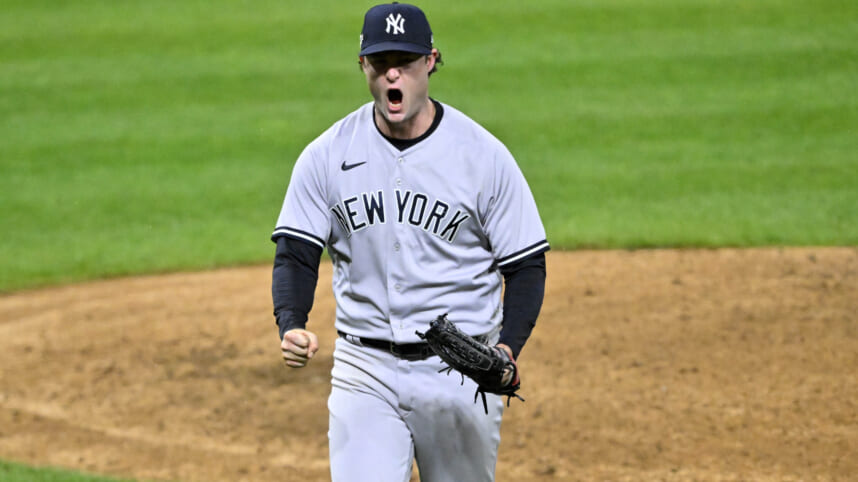 When the season’s on the line, it’s all hands on deck. Yankees ace Gerrit Cole recently tossed a 110-pitch gem to keep the team’s hopes alive, and tonight Boone may be turning to his ace once more. Whilst Nestor is the starter for G5, Boone has hinted at potentially using Cole out of the bullpen — though he also stated that he wouldn’t want to do it unless he had to.

According to Jack Curry, Boone supposedly wants Nestor to “go as hard as he can” and that he would “then turn to the bullpen” when Nestor doesn’t have the gas. Cortes pitched a solid line in his first-ever postseason start, and tonight, there is no bigger occasion. The Yankees were initially going to start Jameson Taillon yesterday against Civale, but the rainout gave them the opportunity to switch to Nestor instead. Cortes has delivered in numerous big moments already, and if he can go even 5 innings, I’ll be very happy with that.

As for Gerrit Cole, as aforementioned, he threw 110 pitches on Sunday in G4, but yesterday he told Aaron Boone that he can throw whenever needed. I can imagine that the team would likely want to save him for G2 of the ALCS against Houston (Sevy would start G1). However, if the Yanks go down early or are in a hotly contested affair of a game, then Cole may be called upon. The Yankees also have a few more bullpen arms at the ready, thanks to the rainout, with guys like Wandy Peralta and Clay Holmes having an extra day off.

Every man is available for the Yankees:

The Yankees will be doing everything in their power to advance to the ALCS and take on the “big bad Astros,” who needed 18 innings to score a single run against the Mariners on Saturday and who, without Yordan Alvarez, would’ve joined the Dodgers and Braves in Cancun. Instead, everyone’s least favorite team has once more advanced to the next round, and the Yanks’ pathway to 28 must roll through Houston. I feel confident going into the elimination game this afternoon, and having an arm like Cole’s at the ready is a huge bonus. The Guardians will likely counter with saying that Bieber is able to pitch, but they are still electing to roll Civale for the do-or-die.

The MLB neglectfully handled the postponement, with last night’s game being called off just moments before the rain ceased for the rest of the night. However, today is a new day and a day in which the Yankees must fight tooth and nail to get by.

Cleveland isn’t nearly as talented or dangerous as the Yanks, yet their bloop singles-led offense has been giving the boys a bit of trouble — entirely TERRIBLE BABIP luck for the Bombers. If pitching can keep the team in it, hopefully, the offense can hit a few into the seats and send the Guardians back to Cleveland.