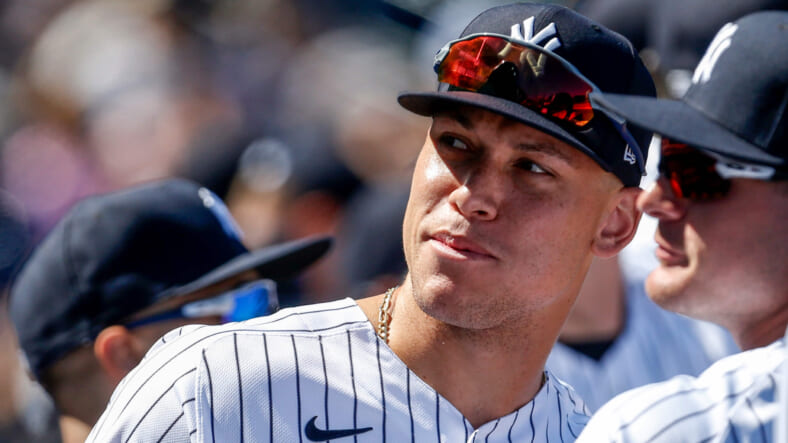 The question isn’t why ‘would’ you want ‘former’ Yankees superstar Aaron Judge; it is why ‘wouldn’t’ you want him? Judge is coming off one of the best seasons in MLB history, breaking the single-season home run record for clean players with 62. In the process, he nearly secured the Triple Crown, making himself a boatload of money in 2023 and beyond.

The problem for the Yanks is simple, they will have to pay a premium to keep Judge in pinstripes, especially with other teams armed with Brinks trucks at the negotiation tables. Notably, West Coast club and Aaron Judge’s hometown team, the San Francisco Giants, are preparing to make a serious splash in free agency with noteworthy financial freedom.

Giants president Farhan Zaidi stated that they have plenty of financial flexibility to make a big splash, per Jon Heyman of the NY Post.

“From a financial standpoint, there’s nobody that would be out of our capability,” he said.

San Francisco finished as a .500 team in 2022, well below their standards and expectations. However, adding a player like Judge to the equation immediately makes them World Series contenders since the Yankees might’ve missed the postseason altogether if not for his contributions.

The 30-year-old star hit .311 with a 42.5% on-base rate, maintaining his hot streak the entire season, helping him earn a 16% walk rate and 207 wRC+, indicating he was 107% better than the average MLB player. That is not even to mention his impeccable defensive qualities, including range, athleticism, and one of the best arms in baseball.

The Giants would be silly not to make a serious run at Judge, even if the Yankees are preparing to invest most of their open salary space. Ideally, the Bombers would offload the contracts of Aaron Hicks and Josh Donaldson, which would nearly pay for Judge next season. The question is, how can they recoup their entire salaries without having to send quality prospects on the way as a sweetener?

The reality is simple; owner Hal Steinbrenner has plenty of cash flow to afford Judge, who probably brings in more than he will cost to begin with. Judge is a cash cow, and letting the face of your franchise walk is certainly not an attractive result if you are the Yankees. However, Aaron is going to follow the money in this scenario, so the Yankees could easily wind up losing a high-profile bidding war.

This will tell us a lot about the Yankees of this day and age — are they willing to remain a powerhouse and assert their will, or are they going to back down and submit their financial resignation regarding high-profile free agents. Let alone stars they curated in their own farm system.