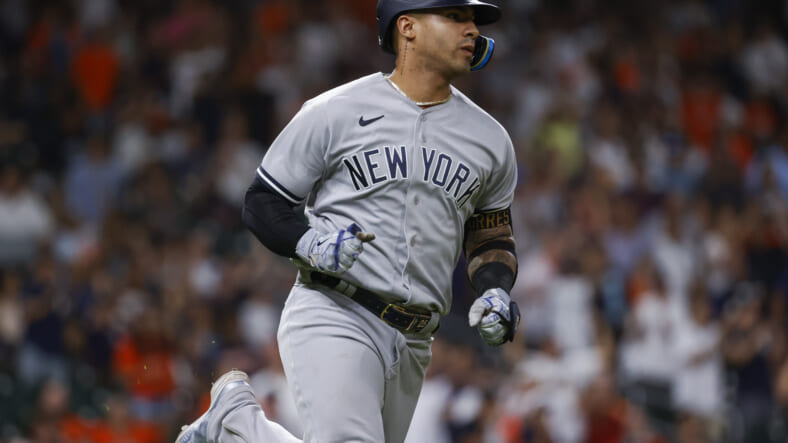 New York Yankees general manager Brian Cashman made it known to other GMs around the league that his infielders were available for trade. Notably, Isiah Kiner-Falefa, Josh Donaldson, and Gleyber Torres seem to be on the market, with the Seattle Mariners actually showing interest in Torres to plug their vacancy at second base.

The Mariners have interest in Torres and have bullpen arms that should interest the Yankees even after using Erik Swanson to land another mid-order righty bat from Toronto in Teoscar Hernandez.

The Yankees need to get real value for Gleyber Torres:

Torres still has two years of control left before he hits free agency in 2025, so the Yankees have some value they can utilize to either bolster their pitching rotation or add some bullpen arms.

Defensively, Gleyber took a big step forward this past year, tallying a .985 fielding percentage over 1082.2 innings. He tallied seven errors with 47 double plays turned, including nine defensive runs saved above average and break-even outs above average.

Since the Mariners just traded a quality relief pitcher in exchange for Teoscar Hernandez from the Toronto Blue Jays, it seems as if they may be open to other moves. The Yankees aren’t simply going to trade Torres for the fun of it, they need to be gaining value in return.

It is possible Cashman looks to land a bullpen arm like Paul Sewald, a 32-year-old option who hosted a 2.67 ERA this past season with 10.13 strikeouts per nine and an 82.1% left-on-base rate. Sewald has been solid the past two years but is certainly getting up there in age. Another option might be Matthew Festa, packaged with prospects, who hosted a 4.17 ERA but has five years left of service time before he hits free agency.

One way or another, it appears as if Cashman is keen on trading Torres, and given how he reacted in August when his name was floated, it is hard to imagine he remains a Yankee moving forward, especially with Anthony Volpe and Oswald Peraza making the jump next season.