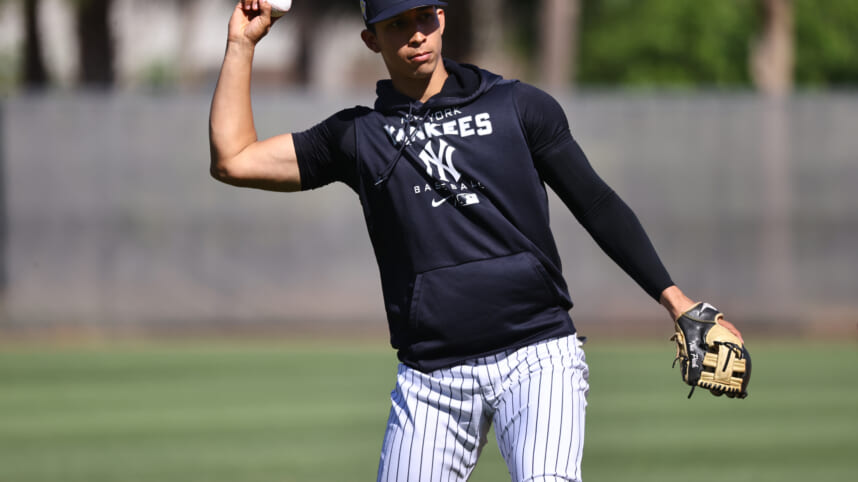 The New York Yankees announced that prospects Oswaldo Cabrera, Estevan Florial, and Ron Marinaccio would be called up ahead of Wednesday’s game against the Tampa Bay Rays.

The big surprise is Cabrera, who has never made an MLB appearance but has been phenomenal for Scranton/Wilkes-Barre recently.

Cabrera is capable of playing multiple positions, notably second base, shortstop, and third base. There are concerns about his arm strength getting across the diamond, but the Yankees aren’t too worried, slotting him in at the hot corner for Wednesday night’s game.

Here’s what Oswaldo Cabrera is bringing to the Yankees:

The 23-year-old rookie will wear number 95, batting sixth in the lineup. Essentially, he will give Josh Donaldson a day off, with the 36-year-old veteran recording just one hit in his last three games combined.

Donaldson has had a rough season so far, hitting .223 with a 30.5% on base rate and a .384 slugging percentage. He’s hit 11 homers with 43 RBIs, but his numbers are down across-the-board compared to his 2021 stats with the Minnesota Twins. He hosts a 28% strikeout rate and 9.7% walk rate, two of the worst numbers in his career.

Even star pitcher Gerrit Cole indicated that he needed a “spark” after his last performance, so the Yankees are calling on some of their younger options to try and inject some fresh blood into the batting order.

It is interesting that Cabrera is featuring at third base given his limitations, but Gleyber Torres is seeing the ball a bit better the past few days, so they would prefer to give him opportunities rather than stifle him at a critical juncture.