The Yankees offense has been solved by Astros’ pitching 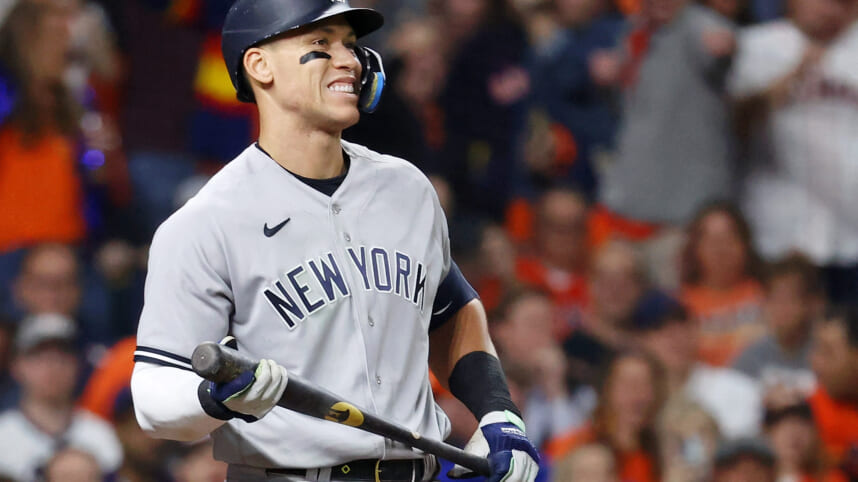 In the regular season, the Yankees were one of the best offenses in the sport. They were consistently a top 5 offense in the sport, and yet against the Houston Astros have gone ice-cold. Baseball is a tough sport, but this series feels like déjà vu for a lot of Yankee fans.

Going to Minute Maid Park feels like a house of horrors, and the Yankees now face a 2-0 deficit in the ALCS. They could go down 3-0 in the ALCS; a death sentence for any team, but to avoid this fate, they’re going to have to overcome the Astros’ pitching. The issue is that the Yankees have had their offense solved by Astro pitching; and there’s a very real chance it’s what sends them home once again.

The Yankees have been dominated by Breaking Balls:

The Houston Astros’ pitch usage versus the Yankees has been staggering:

The Astros have given the Yankees a heavy dose of hard-breaking pitches that have kept the Yankees off-balance all series. The Yankees cannot hit a breaking ball if their lives depending on it right now, and the numbers back this up. Warning for those with weak stomachs because this data is going to be extremely nauseating for any Yankee fan.

To say the Yankees are hitting like pitchers is not an exaggeration; let’s compare how pitchers hit in 2021:

They were one of the best offenses in baseball against breaking balls, and yet the Astros have used what was a strength for them and turned it into a flaw. The Yankees are chasing a lot, and a team that formerly displayed incredible patience (10.1% BB%, best in MLB) are now walking just 5.7% of the time and are taking ugly swings in huge spots.

With the Yankees showing they can hit breaking pitches in the regular season, how do we get the Yankees to start doing it again?

The Yankees Need to Stop Chasing

Signs of a pressing offense typically show up in their O-Swing rates. O-Swing stands for out-of-zone swing, also known as chasing. Against Framber Valdez, the Yankees swung at 42% of pitches he threw out of the strike zone. Valdez relied heavily on his curveball, a pitch he used 40% of the time in his Game 2 start; he’s only used his curveball 40% or more in a start once this season. The Yankees whiffed on 67% of all curveballs thrown by Framber Valdez that night, and the Yankees swung at 48% of curveballs thrown out of the zone. Why throw anything else? The Yankees couldn’t stay off of it, and thus Valdez kept throwing it.

The rest of the Astros picked up on this trend as well, let’s look at how fastball-averse Bryan Abreu and Ryan Pressly were:

The Yankees didn’t pick up these trends, and against these two, they struck our 4 times across 8 batters faced; not great. It’s not enough for this team to start hitting breaking balls, but they have to display that they can read them as well since the Astros have shown they have no problem throwing as many as it takes to get the Yankees to whiff a ton in the postseason.

The series isn’t over, but if the Yankees want to get themselves back into this series, they’re going to need to start handling breaking balls because the Astros have game-planned the Yankees perfectly so far.