The Yankees’ 3 most disappointing players in the post-season 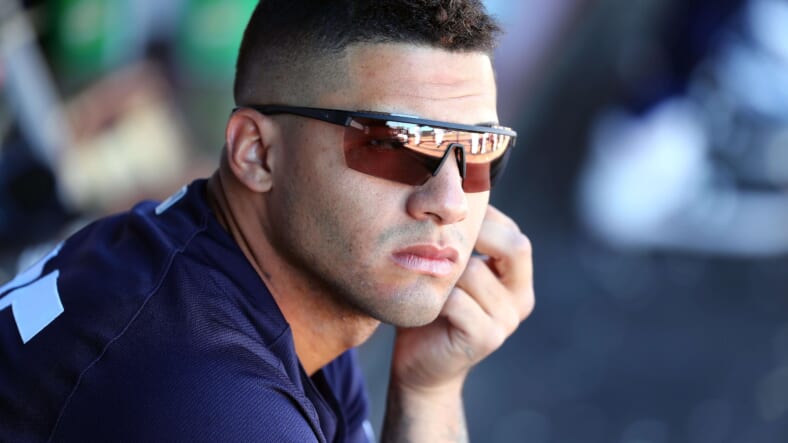 The New York Yankees postseason run ended on Sunday night with a sweep at the hands of the Houston Astros. Game 4 in the Bronx saw the Yanks put up a fight, unlike most instances of the series, but in the end the visiting team was too much to handle.

If the Yankees went 0-4 in the AL Championship Series, it’s because they had some struggling performers. Here are the three most disappointing players in the playoffs run:

After hitting .311 with 62 home runs and 131 RBI during a historic regular season, Yankees fans expected Judge to carry the team’s offense throughout the playoffs. It’s fair to say that didn’t happen, although it’s fair to point out that he improved somewhat after a horrible two-game showing to open the playoffs against the Cleveland Guardians.

He is still an integral part of the Yankees future and needs to be retained this offseason, but there is no denying his postseason was brutal.

Gleyber and Donaldson’s production was lacking for the Yankees

Gleyber Torres hit 24 home runs and had a solid 115 wRC+ for the Yankees this year, but the playoffs were another story. His swing looked out of sync, and he could never get in a groove offensively against the best pitchers in the world.

He was one of the most disappointing players on the Yankees roster during the postseason.

Not only Donaldson was bad in the playoffs (.172/.333/.207 and a .540 OPS), but the numbers don’t tell the whole story about how he looked. He let several hittable pitches go by, took some ugly hacks, and looked incapable of putting together a competent at-bat.

He also tried to defend himself after Game 3, saying he didn’t think he had been that bad and that he had put some competitive at-bats when that clearly wasn’t the case.

It was a heart-breaking showing from a third baseman that the Yankees are paying $21.75 million this year.