The New York Yankees have their opponent, as the Cleveland Guardians advance to the ALDS 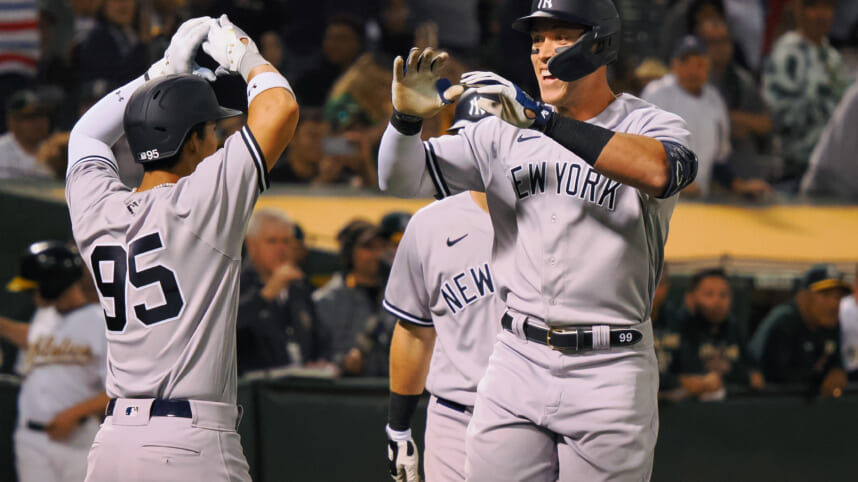 The New York Yankees chase for 28 will begin on Tuesday when Cleveland comes to the Bronx. It’ll be an intriguing matchup between the two teams, and completely opposite playstyles will be on display. The Yankees are the homerun hitting kings this season, as they led the league with 254 longballs — 11 more than second-placed Atlanta.

As for the Guardians, they rely on contact and small ball, as they rank 29th in baseball with just 127 HRs hit over the course of the season. That’s not a typo, the Yankees did indeed double the Guardians’ HR total, and hopefully, that is the route they choose to take to get the job done.

Contrary to what Alex Rodriguez may believe, hitting home runs wins games, and the teams that hit more HR go on to win the game a vast majority of the time.

The Yankees have more than enough talent to overcome the Guardians:

This Yankees squad has some of the most talented players we’ve seen in recent years, and with Aaron Judge reeling off history and countless others getting hot at the perfect time, the hopes are at an all-time high. Cleveland just took down the Rays on this Wild Card weekend in a thrilling 1-0 walk-off win in 14 innings.

The Guardians have one of the most talented pitching staffs in baseball and have for some time. Shane Bieber and Triston McKenzie both pitched this weekend, so it’ll be interesting to see who they decide to roll with for Game 1.

As for the Yanks, there have been discussions all week about who the G1 starter will be between Cole and Nestor Cortes. There is no wrong answer, as both guys had very good seasons that saw Cole break Guidry’s single-season strikeout record and Nestor post the lowest ERA since the Louisianna Lightning.

Jose Ramirez is one of the best players in the game currently, but as a whole, the Guardians lineup, top-to-bottom is considerably weaker than the Yankees.

Additionally, the Bronx Bombers are going to be having reinforcements coming back at the most crucial moment of the season. With Carpenter inching closer to his return and questions surrounding the lineup construction, these next few days will be very exciting to follow.