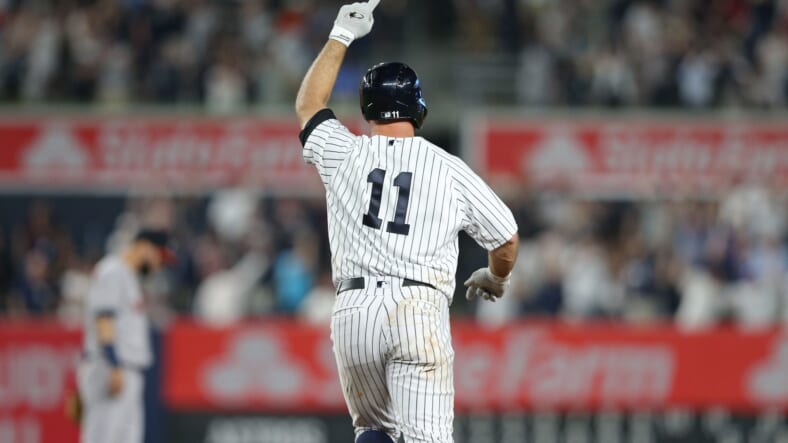 Clint Frazier singled on the first pitch of the seventh, followed by a walk from Mike Tauchman. After Giovanny Urshela struck out, Austin Romine walked and pulled Boston reliever Brandon Workman out of the game. Ryan Brasier relieved Workman to pitch to New York Yankees center-fielder Brett Gardner. On an 0-2 fastball high in the zone, Gardner laced it to the first row in right center-field for a grand slam, as the Yankees took a 5-3 lead.

The bullpen held the Red Sox scoreless as the Yankees held on for a 5-3 win and a two game sweep to improve to 8-9. The Red Sox fell to 6-13, one of the worst records to start a season by a team that just won the World Series.

Happ recovered from a shaky start

After giving up three runs over the first two innings, JA Happ settled in and pitched pretty well over 6 1/3 innings. He gave up those three runs to JD Martinez and Christian Vasquez on a solo home run and a two-run home run, respectively. After the second, he gave up just three hits.

Happ struck out four on Wednesday, and walked just one. He threw first pitch strikes to 18 of the 25 batters he faced. He worked seven ground-balls and seven fly-balls.

Tommy Kahnle relieved Happ to get just two outs, but picked up the win. Adam Ottavino came in the eighth to load the bases, but worked out of it unscathed.

Aroldis Chapman entered in the ninth to get the save, working a 1-2-3 inning.

Brett Gardner had just one hit, but it was the big one in the grand slam. It was also Gardner’s 100th home run. Frazier was responsible for the other run on an RBI double.

The Yankees had just five hits, but got on base four more times than that from walks and errors. Frazier had three hits, and Luke Voit had a hit, too.

On Thursday, the Yankees begin a four game set with the Kansas City Royals before heading out west. Game one is at 6:35PM on YES and Fox Sports Go. Domingo German gets the start for the Yankees against Homer Bailey of the Royals.