Should the New York Yankees pursue Josh Hader this offseason? 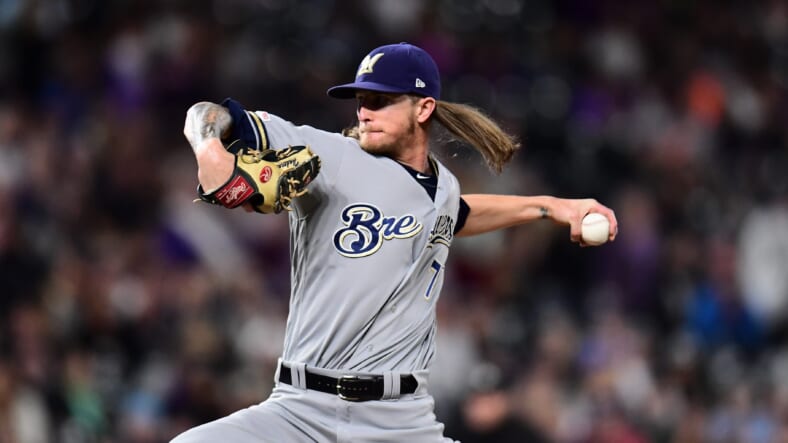 The New York Yankees will certainly be looking at way to improve their ballclub entering next year. The bombers flamed out in the ALDS against the Tampa Bay Rays this year after being labeled as World Series favorites before the year started.

Brian Cashman took a lot of heat after the season was over considering the fact that the Yankees did nothing to improve their pitching at the trade deadline. They stuck to their guns and the lack of improvement hurt when it mattered the most.

Now, the Yankees main problem came from their starting rotation. However, their bullpen was not as sharp as it was in years passed. Adam Ottavino struggled mightily in 2020. Closer Aroldis Chapman was shaky at times for the Yankees including in the final game of the season.

There are not a ton of free agent options on the market for the Yankees in terms of starting pitching this year. The highlight is of course Trevor Bauer who the Yankees should pursue. However, the bombers might be limited in their financial flexibility.

With that in mind, the Yankees might look to get creative on ways to improve the team. With that, you could see them pursue upgrades on the trade market. One guy in particular who could be of interest is someone they were after last year and that’s all star closer, Josh Hader.

Will the Yankees pursue?

After they signed Gerrit Cole last year, the rumor mill was buzzing with talks between the Yankees and the Brewers. The Yankees were looking to add Hader if a deal made sense for both parties. However, nothing ever got close despite the Yankees’ efforts.

Hader is going into his first year of arbitration this year and will be under team control for the next three seasons. Given his history of success and control, he wouldn’t be cheap. However, the Yankees might seriously think about pursuing Hader again.

Hader was really good last year, but his numbers looked worse than what they were. He pitched to a 3.79 ERA in 19 innings while striking out 31 batters. That inflated ERA came on the heels of two really bad outings. However, Hader really showed his dominance throughout the year.

Ottavino’s decline was alarming for the Yankees and he’s only signed through next year. The Yankees have Zack Britton (Pending options) and Aroldis Chapman locked up for the next two years. Perhaps they could toss Hader into that mix to build back up a super bullpen.

The Yankees need to do something this offseason to breathe some life into the team. They cannot simply bring back the same squad and expect different results. I think they should focus on starting pitching, but if they can’t, Hader would be a great option to boost that bullpen moving forward.