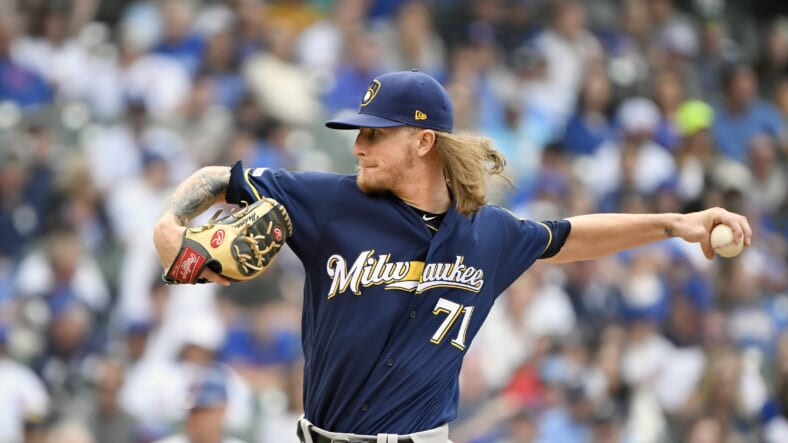 The New York Yankees have been talking with the Milwaukee Brewers for weeks on a trade for star reliever Josh Hader. I recently spoke with some sources close to the situation in Milwaukee, and they seem to believe that Hader is going to be traded this offseason.

So why are the Yankees so interested in Hader? The simple answer is control. Josh Hader would come with four years of team control, which would give the Yankees a ton of flexibility. Aroldis Chapman, Zack Britton, Adam Ottavino, Chad Green, and Tommy Kahnle would all hit free agency before Josh Hader. The Yankees are looking at this as an opportunity to secure arguably the best reliever in baseball who would also give them coverage if they were to lose any of those arms in free agency. The Yankees are also looking at this as a way to secure the most dominant paper roster in recent memory. If the Yankees would acquire Hader from the Brewers, they would arguably have the best lineup, starting rotation, and bullpen in all of baseball.

The Yankees do not need Josh Hader. The Yankees want Josh Hader. Sources told Empire Sports Media yesterday that the Yankees were aggressive in their push for Josh Hader. The same sources also believe that Milwaukee will deal him before Spring Training. Dan Federico reported of another “Informed” opinion that believes Josh Hader will end up in New York.

According to Jon Heyman, The Yankees have reportedly floated the idea of making Miguel Andujar the centerpiece of this deal. Andujar is coming off a lost season due to injury, but in his first full season back in 2018, he should have won the Rookie of the Year award in the American League when he set the Yankees franchise rookie record for doubles in a season at 47 (Baseball-Reference). The ole saying goes, “Where there’s smoke, there’s usually fire.” Well, I can tell you in this circumstance, there is a lot of smoke around Josh Hader and the New York Yankees. Time will tell if Josh Hader does get dealt, but if the news breaks that the star lefty is leaving Milwaukee, don’t be shocked if he’s heading to a barbershop close to Times Square.