One prospect the Yankees will likely trade this off-season 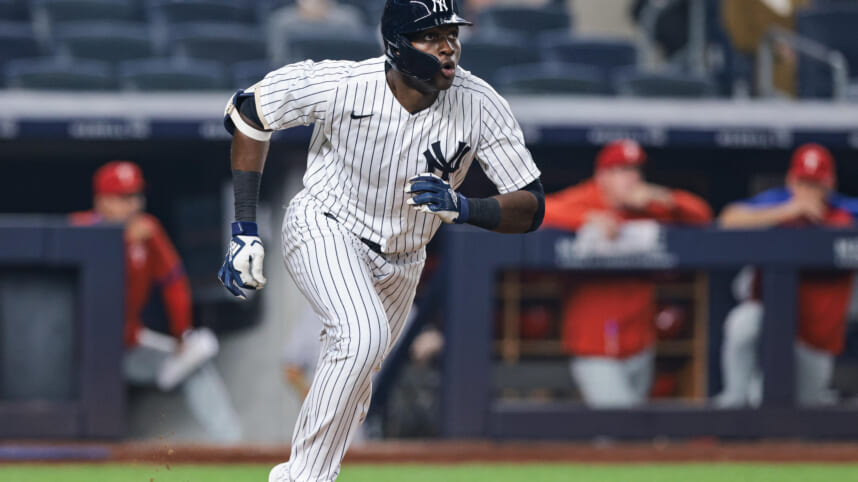 The New York Yankees undoubtedly have their hands full this off-season, but general manager Brian Cashman is expected to be retained on a contract extension, with his deal expiring on December 31.

Aaron Judge is undoubtedly the team’s primary focus, but Cashman has a few smaller situations to deal with, notably outfield prospect Estevan Florial.

“…has shown promise in the minors but hasn’t yet been able to transfer that to the majors. He’ll be out of options next year and will need a spot on the active roster or have to be designated for assignment.”

Florial has been unable to carve out a role for himself at the MLB level. The 24-year-old made 17 appearances with the Yankees in 2022, hitting .097 with a 20% on-base rate. He struck out at a 37.1% clip, a terrible number that showcases a lack of discipline. His inability to transfer to a higher level has put him on the back burner, which likely means that Cashman will try to trade him as a smaller piece in a bigger deal.

The Yankees would like to get some value in exchange for Estevan Florial:

The Yankees tried to move the once-promising prospect at the trade deadline, but no team was willing to give up any actual value in exchange for his services. He’s a decent outfielder with great range and speed, but his severe lack of contact is problematic. A possible change in scenery and lesser expectations may fuel a more productive version of Estevan, who’s had his development interrupted multiple times by injury.

However, his value was likely next to zero, so Cashman offloading him in a more prominent deal makes the most sense unless they can convince a team to give up another fringe prospect in a simple swap.

Florial did perform much better at the Triple-A level, hitting .283 with a 36.8% on-base rate. He hit 15 homers with 46 RBIs and 39 stolen bases. He recorded a 30.4% strikeout rate and 11.7% walk rate, indicating he does have untapped potential. The question is, is there a team willing to give him more of a sample size to build on his Triple-A success since the Yankees were simply utilizing him as a fill-in supplement injury?