One of the Yankees’ most underappreciated players this season 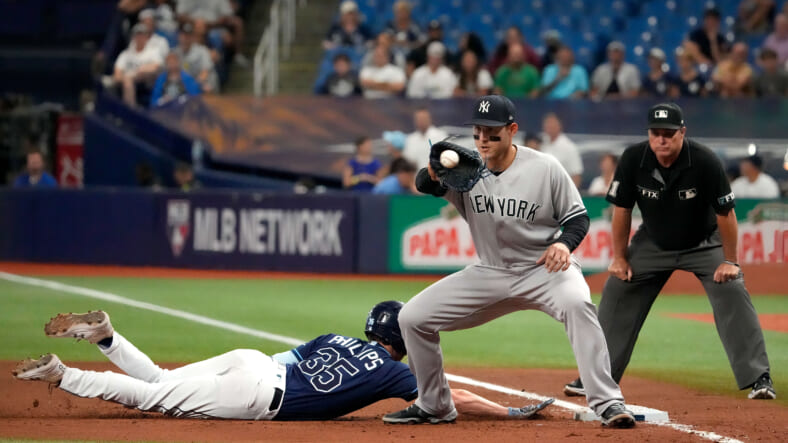 The New York Yankees have had their fair share of great individual performances across the course of this season, but Anthony Rizzo has consistently been the definition of solid.

Whilst Rizzo has struggled to stay on the field a bit with his back issues when he’s been on the field, he’s been everything the team could want.

Rizzo has traded some of his contact abilities for more power, and his barrel rate reflects such. This year, he’s barreling 10.9% of the pitches he sees, a new career high, surpassing his previous best of 8.8% in 2016.

Additionally, he’s getting more under the baseball and lifting it more than he ever has. With less than a week in the regular season, his launch angle sits at 19.5 degrees, leading me to believe that he’s truly going for more homeruns than he has previously.

The Yankees are getting the most out of Anthony Rizzo:

That change in approach has led to Rizzo hitting 32 HR in 127 games. His defense has helped the team out more than words can describe, and his scoops at first have been clutch all year.

Assuming Rizzo’s back is healthy, he could be a huge piece when the postseason begins soon. Having Rizzo in the lineup allows for a tad bit more protection for Judge, and he is currently our best lefty bat.

He’s also undefeated as acting manager, which no other player can say for themselves. Rizzo’s impact has been huge off the field as well, it’s clear the team loves to be around him and feed off his energy and charisma. He may not have the shiny batting average he once had, though that means nothing, Anthony Rizzo has been a key contributor on this team with World Series aspirations.