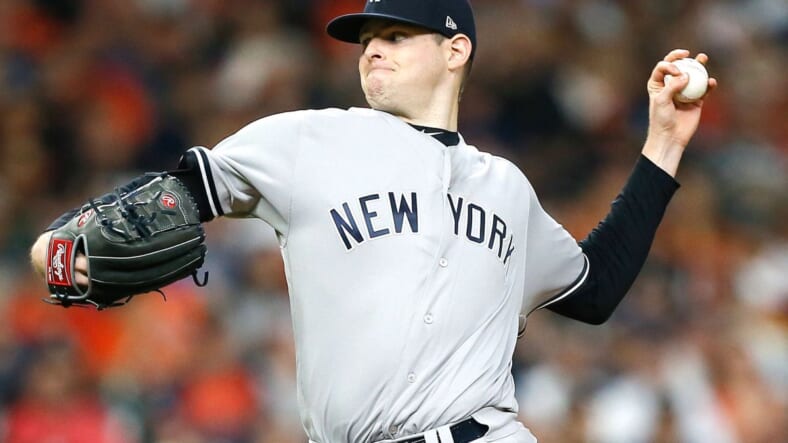 Under impossible odds, the New York Yankees are trying to pull themselves out of a self-created hole they have made for themselves in the AL East. In that effort, they have now won four straight games. They took a series from the Red Sox and most recently swept the Philadelphia Phillies with a walk-off win in the tenth inning last night when call-up Ryan LeMarre singled, initiating the win.

What makes this recent turnaround so incredible is that the Yankees have won with 18 players injured or on the Covid list. Some of the biggest names on that list are slugger Aaron Judge, the Yankees’ most productive player, and Gold Glove-like consistent hitter Gio Urshela. Luke Voit is also out of the lineup with a knee injury. They are also without starters Corey Kluber, Nestor Cortes Jr., and Michael King. The Yankees have called up player after player from the minors and have performed admirably for the most part. In some cases, a replacement has replaced another replacement at the same position. None on the Covid list will return to the team during the Boston series.

Regardless of the recent success, the Yankees have only advanced one game in the East and have much work to do to turn their sour season around completely. Tonight they enter a four-game series with the Boston Red Sox at Fenway Park. This is a crucial series where the Yankees can really move up in the East standings or possibly shut the door on any rebound. With the recent success, they are now 7 games behind the East-leading Red Sox and six games behind the second-place Tampa Bay Rays. All of their next seven games are between these two teams.

Jordan Montgomery will take to the mound tonight in game one against the Red Sox. The lefty is 3-5 with an ERA of 4.18 and 99 strikeouts. Montgomery has gotten very little run support in his games; in fact, in his last four games, he has gotten no run support at all. Nevertheless, the Yankees have won 11 of his 18 starts. The Yankees hope Monty can go deep into the game after using 11 relievers in the last two days. Monty will have to be careful with Xander Bogaerts; he has a .474 batting average off him in 19 at-bats.

Montgomery will face the Red Sox pitcher Tanner Houck. He is a righty that is 0-2 with an ERA of 3.38. Houck has pitched in only 4 games this season, 2 as a starter. His last game was a save for the Red Sox against the Yankees when he came in in the seventh inning to finish off the Yankees in game one of the last series. While most Yankees were hitless off of Houck, Tyler Wade and callup Greg Allen got a hit off of him.

Tonight’s game will be broadcast on the YES Network, NESN, and MLBN out of market.

Friday, July 23, 7:10 pm:
New York Yankee ace Gerrit Cole will start in game two on Friday night. Cole is 10-4 on the season with an ERA of 2.63. He leads all of baseball with 158 strikeouts. Cole is coming off two consecutive wins, one a complete game with a career-high 129 pitches against the Houston Astros, the other a 96 pitch win over the Red Sox on July 17. When the Sox take the field, Cole had better hope that Danny Santana isn’t standing at first base. Santana has a .643 batting average off Cole in 14 at-bats.
Cole will face the Boston ace Eduardo Rodriguez a lefty who is 7-5 with an ERA of 5.19 and 112 strikeouts. E-Rod has faced the Yankees three times this season, winning all of his starts, the most recent was a shutout of the Yankees on July 16th. Rougie Odor has E-Rods number; he has a .374 batting average off him in 9 at-bats.
Friday night’s game will be televised on WPIX and its affiliates, NESN, and MLBN out of market.
Saturday, July 24, 4:10 pm:
Saturday’s later afternoon game will feature Jameson Taillon pitching for the New York Yankees. Taillon is a righty that is 5-4 with an ERA of 4.60. Taillon is not a strikeout pitcher but relies on ground ball-outs. He and Domingo German have been the Yankees’ most undependable starters, although he has pitched better in his last two outings. Taillon is coming off a win against these very Red Sox when he pitched 5.1 shutout innings. Xander Bogaerts and Hunter Renfro have been Yankees killers with Taillon on the mound.
Taillon will face the righty former Yankee pitcher Nathan Eovaldi. Eovaldi for the Red Sox is 9-5 with an ERA of 4.60, he like Taillon is also not a strikeout pitcher; he has only 89 on the season. He is coming off two straight losses, one against the Angels and one against the Yankees on July 17. He was the loser in that rain-shortened game. Over his career with the Red Sox, only DJ LeMahieu and Greg Allen have been successful off him with batting averages of .338 and .500.
Saturday’s game will be televised on the YES Network, NESN, and FS1.
Sunday, July 25, 1:10 pm:
Sunday’s matinee will pit Domingo German against Martin Perez. German has been a puzzle this season for the Yankees. He is 4-5 with an ERA of 4.71. Near the beginning of the season, the Yankees won six of his starts in a row. But more recently, the Yankees have lost 3 or his last 5 starts.Â  The Yankees don’t know what they will get with German; he could be lights out but more frequently struggles. German puzzles some Sox, Bogaerts hits well off on him, while Devers has a .133 average off him in 15 at-bats.
Geman will face Martin Perez, a lefty that is 7-6 with an ERA of 4.16. Perez is coming off of two losses, one against the Phillies and one against the Yankees on July 18th. He has been dogged all season long by not going deeper into games. In the Yankees 9-1 win, he went only 4 innings giving up 3 earned runs. Several Yankees hit well against him in Stanton, LeMahieu, and Odor.
Sunday’s finale will be televised on the YES Network, NESN, and on TBS out of market.
In the next month, both of these teams will see the return of important pitchers to their rotation. Ace Chris Sales will return to the Boston Red Sox first, with Luis Severino returning some near the end of August. The New York Yankees are also expecting the return of Corey Kluber in September.