New York Yankees: Takeaways from a terrible day in the Bronx 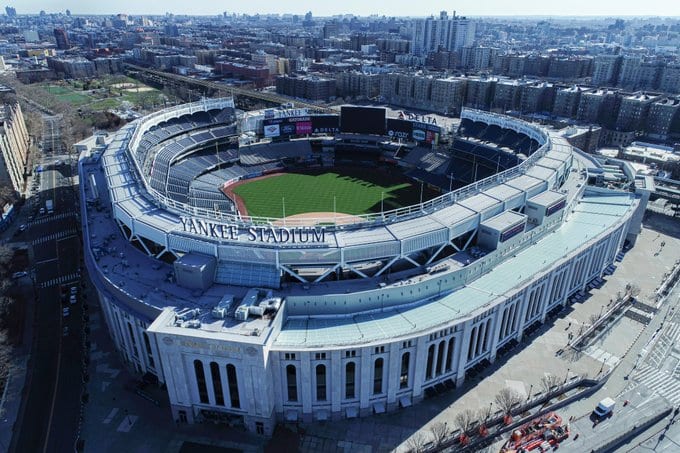 There really is no other way to put it; the New York Yankees were a mess yesterday in one of the most embarrassing losses of the season at one of the most convenient times. They didn’t pitch well, didn’t hit, and in one of the most visible gaffs, Gleyber Torres only jogged to first base when he should have run for his life. At the end of the day, the Tampa Bay Rays scored 12 runs off the boys from the Bronx that only scored two.

Montgomery gets booed off the field

One of the New York Yankees’ most dependable pitchers this season couldn’t escape the scorn of Yankee fans as he was booed off the field after he gave up seven earned runs. Manager Boone should have been likewise booed for leaving Montgomery on the mound when it was apparent he didn’t have it. He knew the pitches he should throw, but by his own admission after the game, he couldn’t execute them. To add insult to injury, the bullpen wasn’t any better.

Superstars Aaron Judge and Giancarlo Stanton that have won so many games for the Yankees, were missing in action for the second night in a row. The Yankees lost their game on Friday night and again yesterday afternoon. A big part of the reason. The dynamic duo just couldn’t hit the ball. Judge got one hit yesterday, and Stanton got none. The rest of the team accounted for just three more hits compared to the Rays 19 off of Yankee pitching.

If Jordan Montgomery’s performance wasn’t bad enough, the bullpen was even worse. The trio of Lucas Luetge, Michael King, and Joely Rodriguez combined for giving up thirteen hits and five more runs. It was the most hits given up by the Yankees all season long. The bullpen is obviously tired from being overused most of the season. Although the Yankees looked for length from Montgomery yesterday, the bullpen had to be used to get the last 21 outs of the game.

As of this morning, the New York Yankees are still in the wild card game, but with the second loss in a row yesterday, they no longer have the home-field advantage. If the season ended with this writing, the Yankees would have to play the wild card game at Fenway Park. At the start of the week, the Yankees looked to have a lock on home-field advantage, but that is now gone. But it could get even worse.

Should the New York Yankees and the Red Sox lose today, the Toronto Blue Jays and Seattle Mariners. win, there will be a four-way tie causing complete chaos at the end of the season. That is unlikely, but it is possible. The bottom line is that the Yankees are in control and must win today’s game. They have no control of the other scores today. By seven o’clock tonight, the picture will be much more apparent. If playoff games are required on both Monday and Tuesday, the whole postseason schedule will be pushed back.

Should there be a 4-way tie, here’s how it would break down. The clubs involved would receive designations based on winning percentage and assigned A, B, and C. Should clubs have identical winning percentages, then the head-to-head season records would come into play. Club A would host Club B, and Club C would host Club D. The winners of each game would be declared the Wild Card Clubs.

Note: Today’s New York Yankee game will be the season’s finale against the Tampa Bay Rays at Yankees Stadium at 3:05 pm EDT. As of late last night, Jameson Taillon will be taking the mound for the Yankees against the Rays Michael Wacha. With such a critical game at stake, if the Yankees don’t win today, the big question will be why manager Boone didn’t use his best pitcher to avoid a playoff. But it won’t be surprising as Boone has worried about the future over winning today’s game all season long.