New York Yankees News: Luke Voit and Clint Frazier to get big raises, others not so much 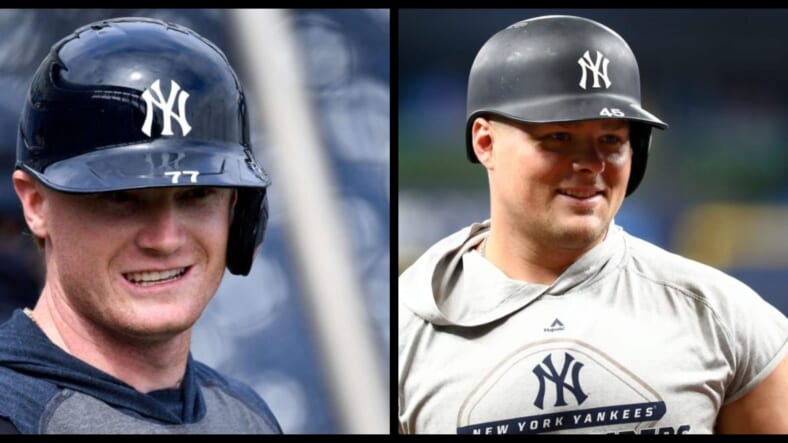 Eight New York Yankees players have become arbitration-eligible now that this baseball season is over. A few Yankees will get a nice raise, while others will receive less than they may have been expected. Every year some players reach arbitration, some for the first and some in their second year. With this past pandemic season, how much players will get paid in question? Teams, including the New York Yankees, don’t have the money they normally would have for this responsibility and money needed to improve the team.

Arbitration amounts will be figured differently this year, in a complicated formula of performance this year .vs what that performance would look like in a normal 162 game season.Â  For non-first time eligible players, they will get a raise they would get in a 162 game season and receive something less than 40% of that raise. However, you figure it; the pandemic will affect the raises giving to all players.

Some players will get more and some will get less. For instance Aaron Judge and Gary Sanchez will be among those getting less. They will both receive raises of only slightly more than 10% over their 2020 base salary.Â  Those that will get the most money are the ones that played the best in 2020. Luke Voit who earned $636k in 2020 is projected to get a huge raise, as much as $5M to $8M. Clint Frazier is next, he earned just $588K in 2020 and is expected to get a raise that will put him at about $2M a season.

Gio Urshela got $2.475 million last year and is expected make around $4M this year. Gleyber Torres is another New York Yankee player that will receive a good size raise. In 2020 he earned $675K, he will likely earn about $3M. Other players, including Jonathan Holder, Luis Cessa, Jordan Montgomery, and Chad Green, will get smaller raises and will all earn in the $1 to $2 million area.

What is unclear is with will happen with Tommy Kahnle who missed most of this year and Domingo German, who was suspended for the year. Kahnle will most likely earn a similar amount next year compared to what he earned this year. Domingo German is in a different situation, at this point it’s not even clear if the Yankee organization will accept him back into the fold.

These raises are only projected and could change for many reasons. One of those reasons is what the Yankees will do with their free agents, most notibly DJ LeMahieu who the club will likely want to keep. The future of Masahiro Tanaka, James Paxton and J.A. Happ is less clear. The Yankees will also have to make the annual decision to keep fan favorite Brett Gardner who has an option for 2021. The team can buy out the 37 year oldÂ  for $2.5 and lessen the outfield gut. They will also have to decided what to do with Miguel Andujar which for the most part they have no particular use.