New York Yankees: Is Gleyber Torres the Future at Shortstop? 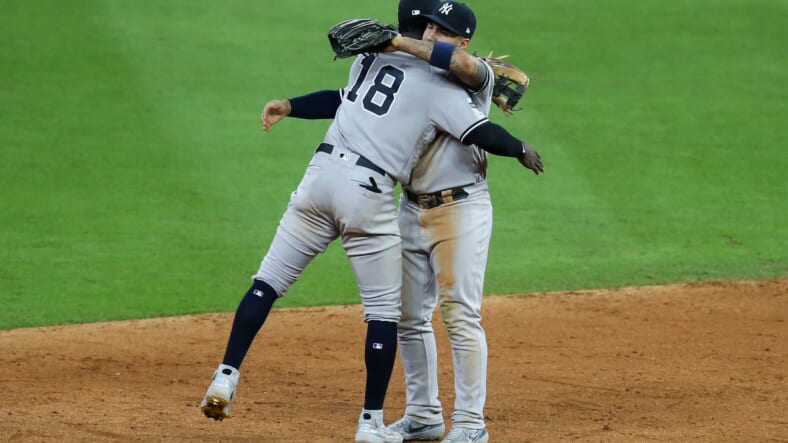 The New York Yankees are in the midst of a seven-game winning streak. A big reason for why that all started was Gleyber Torres.

In the final game of the opening series, against the Washington Nationals. Torres sparked a late-game rally by hitting a solo home run in the top of the 7th, taking out the gem-throwing Patrick Corbin. Then in the top of the eighth inning, he drove in Aaron Hicks on a single to left field, which was the game-winning run.

There are many questions surrounding the Yankees about replacing Didi Gregorius’s excellence at shortstop. Can Torres improve his defense to stay at short? Can Tyler Wade or Thairo Estrada break out, possibly shifting LeMahieu to first? How long will it take Anthony Volpe to make it to the majors? Will the Yankees go after Francisco Lindor?

Options for Boone at Shortstop

The obvious answer for right now. Cashman traded for him to hopefully replace Derek Jeter in the long run. So far, he has shown he can do that. Torres has proven he can develop into a future MVP and captain in this league. Also, a quick reminder that he is only 23 years old. The only problem is: will his ability to hit for power at such a young age move him to second or third base like Alex Rodriguez?

The 25-year-old Wade has proven he can compete for a starting job, with his spark plug performances off the bench. He is also a better defender than Torres and has more range as well. However, his inconsistency at the plate will hurt his chances at getting that job.

A less likely candidate to take over Torres’s spot at shortstop, but definitely not out of the question. He impressed the coaching staff in summer camp with his surprise of power off the starting rotation. His primary position is second base and may not have the arm strength to make deeper plays at short.

His name is only on here as a long-term option. Volpe most likely needs 3 to 4 full years of baseball before he gets to the majors. He was a first-round pick for a reason. Time will tell to see if he has what it takes to be the next face of the franchise.

This could be an issue that Boone and Cashman should discuss if it becomes apparent that Torres is not the future at shortstop. For the meantime, Torres seems to be holding his own out there, and as long as he keeps mashing, he will only get rewarded even more.