New York Yankees: Are the Yankees done winning? Takeaways from loss to the Mets 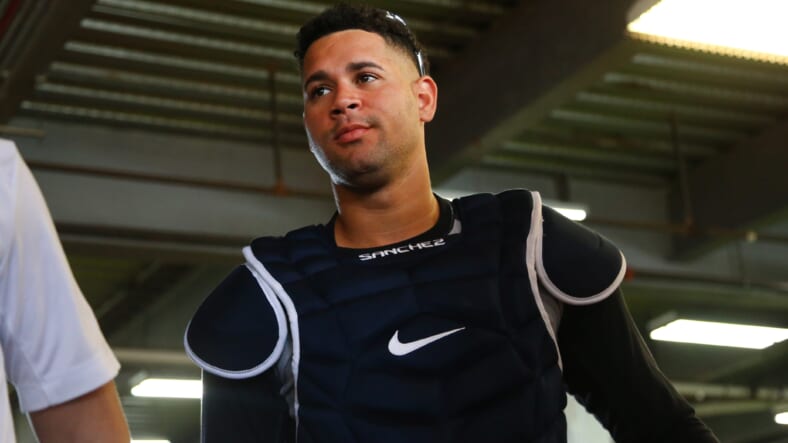 This writer is running out of words to explain why the New York Yankees have this September collapse after winning 13 straight. As I reflect on the Yankee’s 7th consecutive loss, the only thing I can come up with is that they are doing everything wrong. Pitching poorly, not hitting, and committing unforgivable errors, as a manager keeps saying, we are better than this. But, unfortunately, the fact is they are not better than this. A few good games do not make a winning team. The Yankees lost to the New York Mets 10-3.

Montgomery implodes in the 3rd

Jordan Montgomery, who has been one of the more dependable pitchers for the Yankees this season, and who has been starved of run support, the Yankees would have had to be dynamos last night to save him. Instead, last night he gave up seven runs in just 3.1 innings of work while walking three.

To start the first, Brett Gardner tripled and scored for an unusual first-inning lead for the Yankees, only to have the Mets answer in the bottom. But it was Montgomery’s third inning that did the Yankees in.

Jonathan Villar singled to left field. Lindor walked. The runners moved up on a wild pitch. Conforto, with two on and no outs, walked to load the bases with no outs. Alonso walked to bring in a run to tie the game. Baez singled, bringing in Villar. McNeil got a drag bunt scoring Conforto. Pillar flew out to left, scoring Alonso. Baez was tagged out, reaching from second. McCann doubled to left, scoring McNeil. Megill stuck out, but the Mets scored five runs in the inning.

In the fourth, in a surprise to Yankee fans, Boone ushered Montgomery back onto the mound after already allowing six runs. He allowed Franciso Lindor a home run before finally being removed from the game, but the damage had been done.

Catcher Gary Sanchez has, throughout his career, appeared to have mental lapses when he forgot how to play the game or how to run the bases. Last night he seemed to have lost focus altogether. Can you imagine a catcher moving out of the way to allow an opposing team member to score? Unfortunately, that is exactly what happened last night. The fully armored catcher should have stood his ground and blocked the plate.

You must assume that any baseball player either knows their opponents or studies up on them before a game. Anyone that knows the Mets knows that Jonathan Villar is an overly aggressive base runner. With Villar at third, Javier Baez singled to left, Gallo fired in and had Villar by about twenty feet, but unexplainably Sanchez backed off home plate and attempted to tag Villar on the helmet. At first, it was called an out, but upon review was overturned as Sanchez was so far behind home plate that he didn’t make the tag. Unexplainable and inexcusable.

Sanchez also had passed balls in the game. Gio Urshela and Gleyber Torres had throwing errors in the game, as they have had many in the past few days. This type of play is not how you get to a postseason.

Has Aaron Boone forgotten how to manage?

During the 13 game winning streak on at least two occasions, I complimented Aaron Boone’s decisions. Still, during this losing streak, Boone has made several questionable moves that have cost the Yankees. Some of them are mind-boggling. I won’t hone in on all of them, but I will give an example by highlighting Boone’s decision to bring Jordan Montgomery back out to pitch the fourth inning after giving up six runs. It was obvious to even a child that Montgomery had absolutely no control over his pitches. This was not game one of the season; it was a critical game the Yankees should win to preserve their postseason hopes.

There are many other questions, like why Boone continues to have faith in Andrew Heaney, who has demonstrated that he can’t pitch. The same goes for Brooks Kriske. Also, why hasn’t the ever-steady Adam Warren, who is having a solid season in the minors, been brought up to shore up an exhausted bullpen? The questions go on and on. Meanwhile, Boone keeps saying, “we are better than this,” and has full confidence in the team. As a 70 year Yankee fan, I wish I did.

Notes: There were some bright spots in the game. Brett Gardner got his fourth triple of the season, scoring. Both Joey Gallo and Anthony Rizzo homered in the game. Unfortunately, these feats were overshadowed by the Yankees’ overall poor play. Tonight at 7:48 pm the Yankees will again try to right the ship with Corey Kluber on the mound at Citi Field.