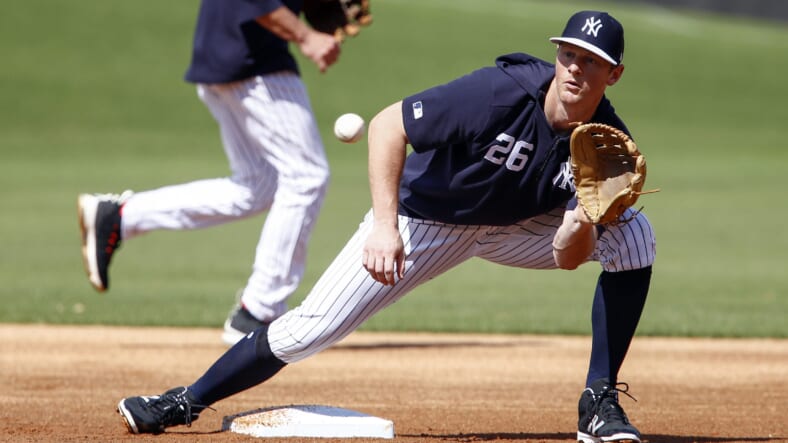 For the New York Yankees and all the 29 other MLB teams, we are into the offseason’s eighth week. The Yankees have made it widely known that their primary need this offseason is to re-sign the baseball batting title second baseman DJ LeMahieu. DJ was given the only qualifying offer the Yankees doled out for $18.9 million for a one year contract. LeMahieu immediately refused that offer, making him the most sought-after free agent in baseball.

New York Yankee general manager Brian Cashman pulled off a deal no one expected before the 2019 season. With Yankee fans hoping the Yankees would sign Bryce Harper or Manny Machado, Cashman came home with the little known to Yankee fans, DJ LeMahieu. He signed LeMahieu to a two year $24 million contract. What the Yankees got in return was one of the best baseball players in the game that greatly exceeded expectations and the performance of the other two players many wanted.

In 2019 LeMahieu eventually took over the leadoff position from veteran Brett Gardner and all he did was get on base by hitting or walking. He turned out to be an excellent defender at second base. He ended his first season with the Yankees as a Silver Slugger batting .327; he was an All-star and came in 4th in the MVP voting. The Yankees knew that they had a star player in their lineup but questioned if he could repeat his performance.

The Yankees didn’t have to wait long. As the coronavirus season finally started in 2020, DJ didn’t waste time; he started where he left off in 2019. He not only showed Yankee fans that he hadn’t missed a beat but was out to outdo 2019. And did he ever; he ended the season with the highest batting average in the American League, a brilliant .364, and won the batting title, the first player ever to do so in both leagues. He was again a Silver Slugger and came in 3rd in the MVP voting.

Now DJ is a free agent, and the Yankees are ardently working with the Wasserman Group, DJ’s agent, to get a deal done to keep him in pinstripes. But unfortunately, the negotiations have been deadlocked for a while now. DJ wants five years at $100 million, and the Yankees want three years at $75 million.Â  So the deal is being held up by dollars and contract length. DJ has let it be known that his future security is of most interest to him.

LeMahieu has let it be known that he loves playing in New York, likes the Yankees and his teammates, and especially the demanding Yankees fans. He had indicated that he would likely take less money per year if the contract provided the security he is looking for. There is no question that DJ is clearly worth every penny he is asking for. Still, the Yankees don’t have a lot of money to spend after losing the most money in baseball last season and with owner Hal Steinbrenner announcing that he wants to stay under the luxury tax threshold.

The question is are the Yankees risking losing LeMahieu the longer the negotiations drag on. The answer is probably yes. Other teams have shown and interest in LeMahieu, particularly the Toronto Blue Jays. If the Yankees refuse to budge from their position, the Blue Jays could swoop in and offer exactly what LeMahieu wants. Shortstop, Bo Bichette of the Jays, has promoted the idea of having DJ play next to him. Citing that he is â€œthe best hitter in baseball, and I donâ€™t even really think itâ€™s close.â€

It would be devastating to the New York Yankees to lose LeMahieu to the Jays within their own division. Yankee fans would surely come down on general manager Brian Cashman every time they had to face LeMahieu in a Blue Jays uniform. The Yankees need to avoid the risk and get the deal done. Possibly they can come together with an $88 million deal for four years, meeting in the middle. If that doesn’t make it happen, the Yankees need to give LeMahieu want he wants. If they do, he is still a bargain compared to similar players.

In baseball, there is always a plan B, no matter how bad the sides want plan A to be successful. If the Yankees can’t make the deal with LeMahieu, that would open up Gleyber Torres to move to his natural position at second base and for the Yankees to offer Didi Gregorius a contract to return to the Yankees. Recently Gregorius has let it be known that he would be open to returning to the Yankees after comeback season, and the Phillies having let him loose. The Phillies not having the resources the Yankees have, and citing their losses, dumped both Gregorius and star catcher J.T. Realmuto.