With the progress being made by New York Yankees slugger Aaron Judge, might one think he could return in the next week or two, but the reality is, he will likely be out for three weeks or more.

Why? Because the Yankees do not want to rush their best player back from a serious oblique injury too soon. Ensuring he’s completely healthy and ready to make a playoff push later in the season is essential. Judge hasn’t begun exercising his muscles to a degree that would be considered “difficult.” However, he has begun his rehab process lightly.

Facing off against the Orioles at Camden Yards, Aaron took dry swings and tossed the ball in the outfield barely utilizing his injured oblique.

â€œStarting to feel he is getting closer. A couple of days of throwing, he is starting to ramp up a little,â€™â€™ said Boone.

â€œI donâ€™t even want to speculate on it yet until heâ€™s really full go on baseball activities and swinging a bat and stuff,â€ Boone said before a game against the Orioles at Camden Yards on Wednesday. â€œI would say, I think heâ€™s doing really well. Itâ€™s improving how weâ€™d have hoped.” 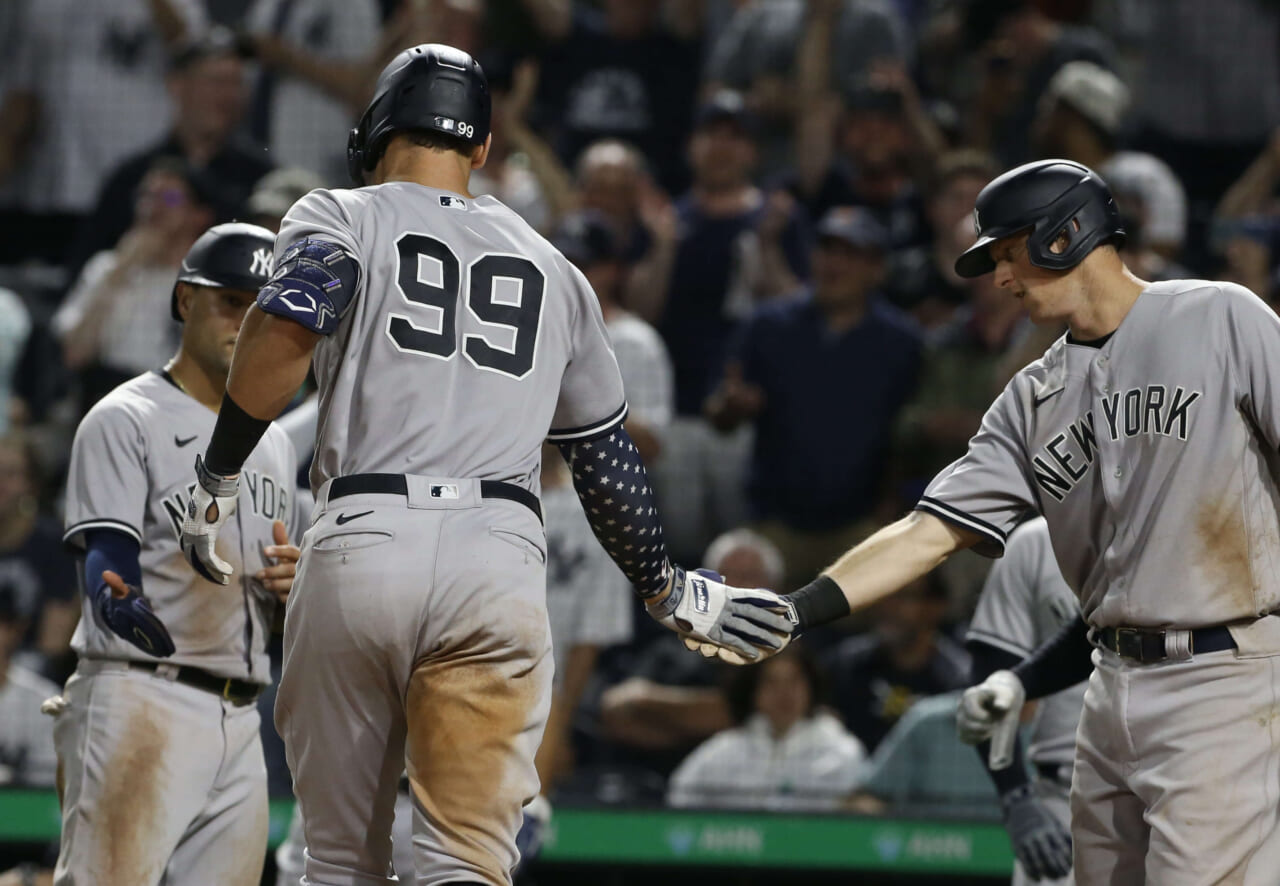 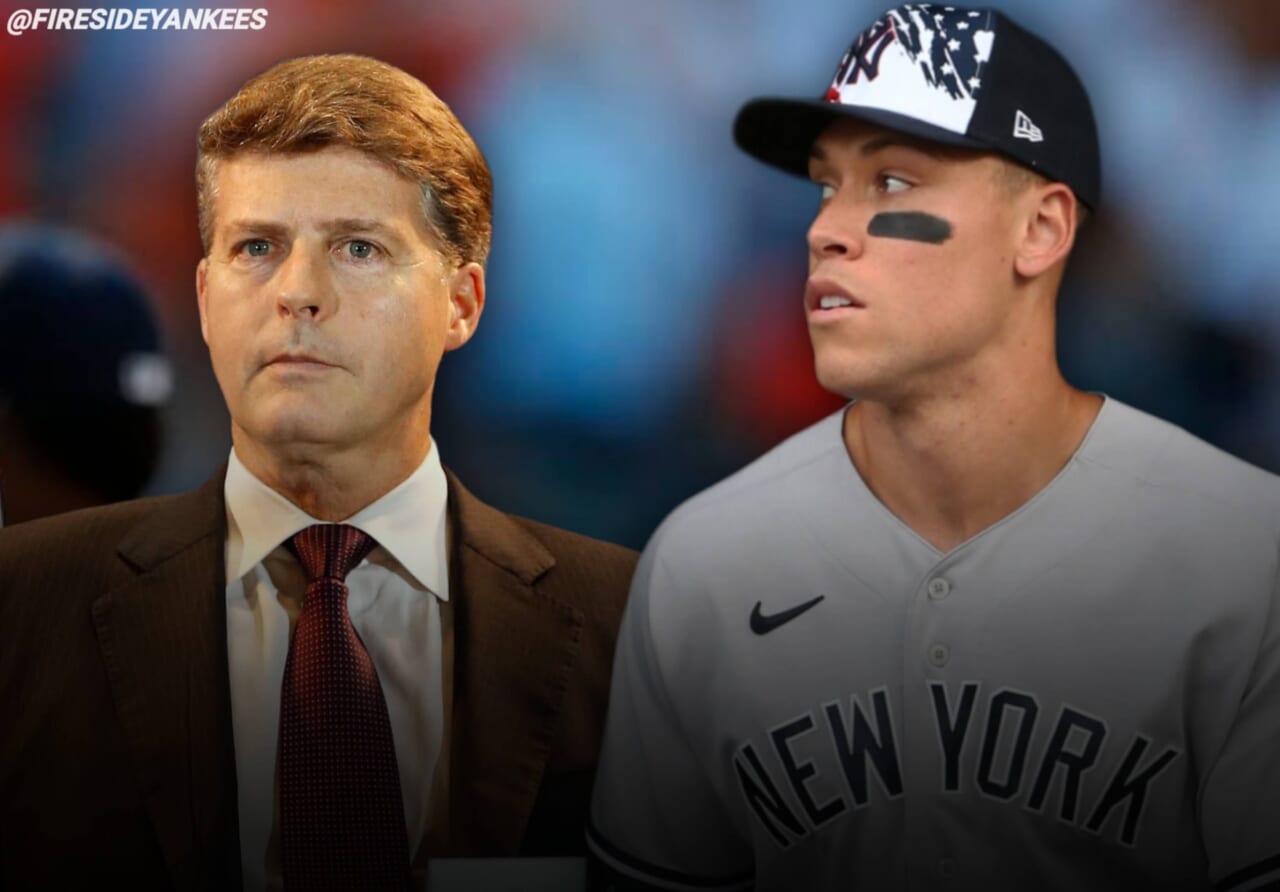 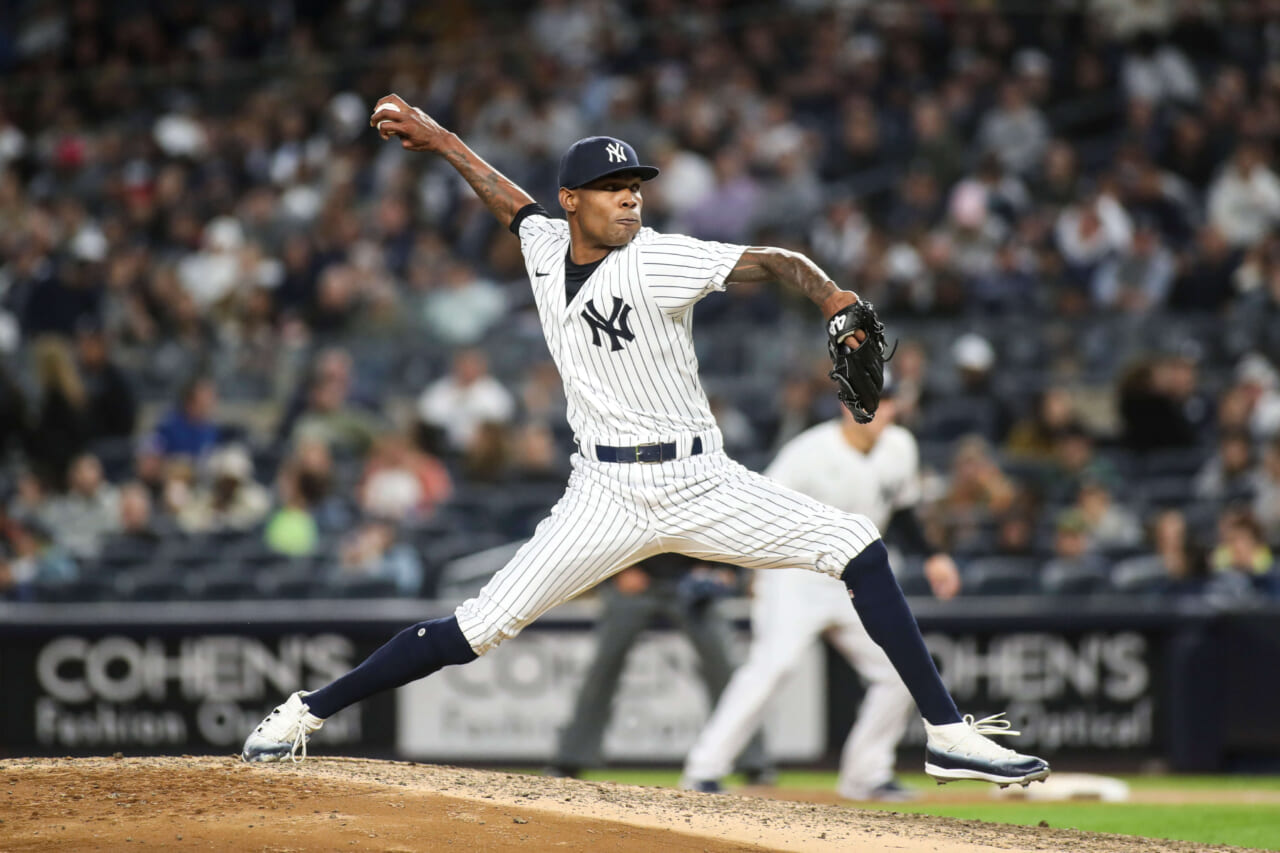 The Yankees have enjoyed a successful season thus far without some of their best players — Judge, Giancarlo Stanton, Luis Severino, Aaron Hicks (he’s back now), Didi Gregorius, and Dellin Betances. The injury bug has continued to strike – James Paxton and CC Sabathia are both on the injured list.

Nonetheless, the Bombers are sitting at 31-17 on the year playing with a glorified minor league team. Thanks to Gleyber Torres and Gary Sanchez’s production as of late, the Yanks have been offensively unstoppable.

Gaining Judge back in a few weeks will certainly help the team as a whole, he was hitting .288 with five homers and 11 RBIs in 20 games before leaving on April 20 with the strained oblique. Hopefully, he can return without limitations and pick things up right where he left off.