New York Yankees 9/18: 3 Major takeaways from a powerful win over the Indians 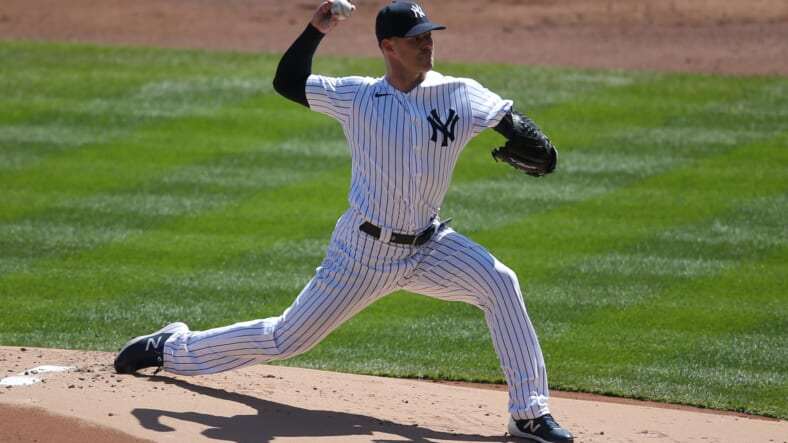 Last night after a disappointing loss to the Baltimore Orioles and falling out of a wild-card berth, the New York Yankees entered a new series with the Cleveland Indians. The Yankees had a new urgency and a mission to get back into wild-card contention; they did that and, in a big way, shutting out the Indians 8-0. The Yankees can take away several positives in the win.

After not pitching for nearly two years, Corey Kluber got off to a slow start with the Yankees, but gradually got better and better to the point he had a no-hitter, the Yankees first since David Cone’s perfect game 22 years ago. But then Kluber went in the IL with a shoulder strain.

Kluber ended up nursing that shoulder for three months before he returned to the team, missing half of the season. Since his return, he struggled. In his second to the last start, he showed some early improvement. Last night he showed a huge improvement. He looked like an ace, pitching six full innings only allowing 4 hits in his scoreless outing. Last night Kluber showed he could be impactful as a number two starter should the Yankees reach the postseason.

Michael King for two innings and Lucas Luetge were masterful in relief.

The nail-biting disappeared for once

The New York Yankees have been winning games all season long by just a run or two, creating nail-biting win after nail-biting, many not decided until the ninth inning or beyond. The Yankees have won 84 games this season, 72 of them by 1 or two runs.

Last night that changed in a big way; the Yankees shut out the Indians, hitting five home runs in the game; it was the second time in a week that they beat their opponent by five or more runs. This is encouraging as the Yankees are starting to look like the Bronx Bombers again. Last night the hot Brett Gardner homered. Aaron Judge and Giancarlo Stanton hit homers. However, Joey Gallo topped them by hitting two long balls. For Gallo, it was his fifth homer in as many games.

Yankees looking forward to the postseason

Last night the Yankees got back a wild card berth as they won big over the Cleveland Indians while the surging Toronto Blue Jays lost to the Minnesota Twins. This is good news but make no mistake about it; the Yankees have much more to do. The first step is getting back the home-field advantage in the wild card. To do that, they must keep winning games. With only fourteen games left in the regular season, they have to win all of their remaining series at least.

The Yankees have reasons to believe this can happen. First, they have found that ace Gerrit Cole is not injured, and the second starter in the rotation, Corey Kluber, seems to be returning to form. Although still inconsistent, there are signs that the Yankee’s powerful lineup is again becoming powerful. Also, on the pitching front, it appears that ex-ace Luis Severino will be ready to be supportive in the bullpen by the postseason. There are also pitching arms Domingo German and Clarke Schmidt who could help shore up a fatigued bullpen. Jonathan Loaisiga is still a question mark.