New York Yankees: 4 takeaways from a game and series they should have won 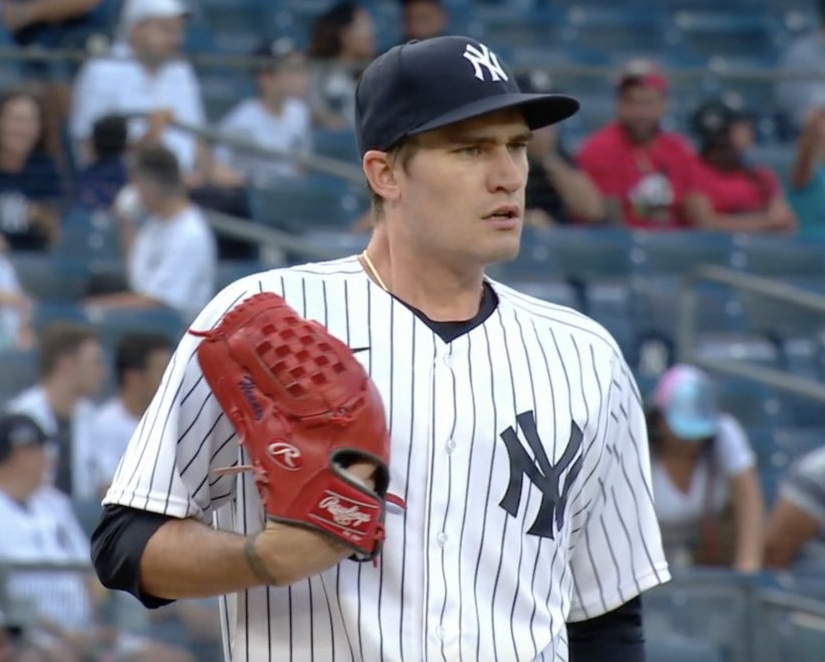 The New York Yankees are in a race to the postseason; with time running out, the Yankees are going in the wrong direction. And yesterday was strong evidence of that. Gary Sanchez knocked in a season-high 6 RBIs, but the Yankees couldn’t pull out a win as they lost their second series in a row. What was so damaging about this series loss is that it was against the worst team in baseball.

What makes this so discouraging is the Yankees against the team with the worst pitching ERA; the Yankees could only muster up 16 hits across the 3 games. By comparison, the Tampa Bay Rays swept the O’s in their last meeting, and the Boston Red Sox outscored them 30-5. Over the last ten days, both the Rays and the Sox have winning records; the Yankees have a losing record making it almost a mathematical impossibility to win the East and putting their place in the wild card standing in jeopardy.

Kluber is still not where he needs to be

Corey Kluber had his second start after coming off the IL yesterday, and it wasn’t real pretty. Like his first start, he was hit often and couldn’t find that pitch to get hitters out. He gave up two runs and walked three in 3.2 innings. This is not totally unexpected after not pitching for nearly two years and more recently for the last three months. Nevertheless, the Yankees have to build up Kluber if they wish to have him available for the postseason.

After acquiring the 2 times Cy Young Award-winning pitcher in the offseason, Kluber got off to a slow start with the Yankees but eventually got much better even pitching the Yankees only no-hitter this season, their first in the last 22 years. The Yankees hope by the end of this month he will return to form.

Oh no, Heaney instead of Green

Yesterday morning I commented on Aaron Boone’s Friday night decision not to bring Clay Holmes back in to pitch the seventh inning after throwing only 18 pitches and striking out all four hitters he faced. Instead, he brought in Wandy Peralta, who allowed two runs and a loss in the game.

Yesterday Boone committed an even more egregious decision, bringing in Andrew Heaney in the seventh inning with the Yankees 7-4. Heaney has been nothing but undependable, and there is no way he earned the trust to be put in that situation. His ERA during August was 6.43. He only recorded one out, giving up four runs and the Yankee lead. He took the loss in the game. Boone, who finally used Chad Green in the eighth and ninth, proved my point by not allowing a hit. But Heaney’s damage was already done, causing them to lose the game and the series. Mr. Boone, you make decisions on the situation, not the inning.

With the exciting energic play and superb defense of Andrew Velazquez, many New York Yankee fans weren’t all that happy to see Gleyber Torres return off the IL. Torres has been criticized for his less than energetic defense at short. Yesterday, that criticism came front and center when Gutierrez beat out Torresâ€™s double-clutch throw for a single in the sixth inning. Mullins homered to right-center driving in two runs, making Torresâ€™s bad throw even more egregious.

Gutierrez should have been thrown out; it would have been the third out of the inning, and Mullins wouldn’t have followed with two runs that may have cost the Yankees the game. All season long, coaches had been telling Torres that he has to charge the ball. Not only did he not do that, he actually took a step back then double-clutched the ball before tossing it to Rizzo, but it arrived late as Gutierrez just was safe. At least Torres took responsibility in an after-game interview, unfortunately, the Yankees cant’ afford excuses in a postseason run.

One of the Yankees’ most controversial players, Gary Sanchez, has been criticized for just about everything, from lack of hustle to far too many passed balls and striking out too often. In the shortened 2020 season, the catcher has a disastrous season hitting only .147. However, 2021 has been kinder to Sanchez; he is hitting .216 with 20 home runs.

Yesterday for at least one day, he was the Yankees’ MVP, bathing in the adulation of Yankee fans at Yankee Stadium. Sanchez, in the second inning with the bases, loaded hit a Grand Slam. Sanchez was not done. Gary Sanchez faced the new Orioles pitcher Marcos Diplan in the sixth inning and got his second homer of the game, a two-run shot. Unfortunately for Sanchez, his 6 RBIs on the day weren’t enough to save the Yankees from losing the game and the series.