How the Yankees could utilize DJ LeMahieu come the postseason 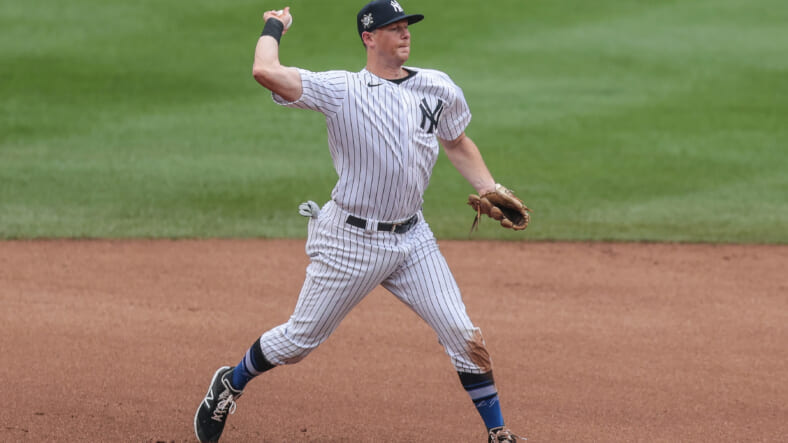 DJ LeMahieu is one of the biggest keys come the playoffs for the New York Yankees. His ability to play numerous positions at an elite level, whilst putting together quality ABs, cannot be understated. However, with his injury still clearly lingering, it remains to be seen how the team elects to use him in the ALDS.

The Yanks currently have a good problem forming on their hands, and that is that as more players return from injury in the home stretch, there will be a battle for ABs.

A healthy DJ LeMahieu is a must-have for any team, and it’ll be interesting to see if the team puts him at 3B over Donaldson. Prior to his atrocious August display, which was clearly hindered by injury, DJ was a Darkhorse MVP candidate.

DJ LeMahieu can be that elite contributor once again for the Yankees:

I anticipate the lineup decisions to be tight and for a few guys to see their ABs given to other players, but that’s a very nice problem to have.

With Carpenter nearing a return, Benintendi potentially being available at some point during the postseason, and guys like Oswaldo Cabrera playing their way into a guaranteed spot on the roster, it’s going to be a race to the finish.

Hopefully, DJ LeMahieu is able to be ramped up this week and get some rhythm under his belt. I can see the Yankees opting to play he and JD at third base come the ALDS, but it’ll be a fight for ABs.