Aaron Judge hits his 61st home run, and the Yankees have another American League HR record 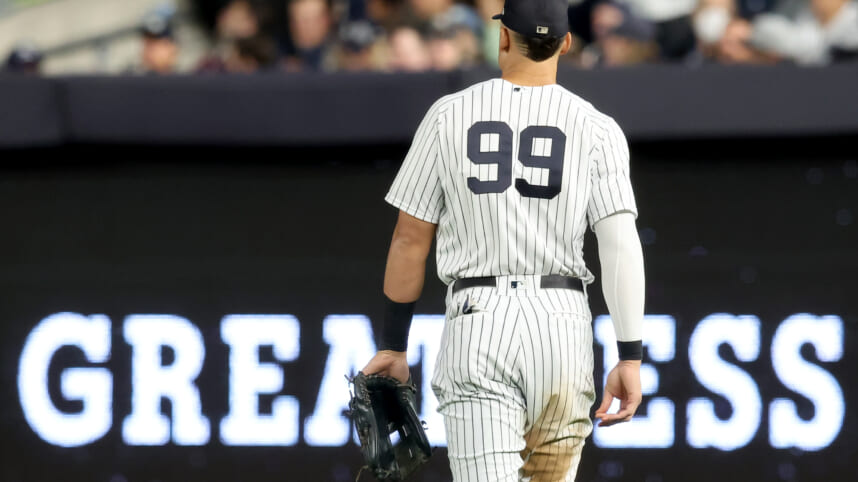 61 years ago, on October 1st, 1961. Roger Maris cranks a deep drive into right field, his 61st of the season to set the American League record for HRs in a single season, a record previously set by Babe Ruth when he hit 60 HRs for the Yankees in 1927.

Aaron Judge has finally reached 61, but the journey to get there and the feats he’s accomplished makes that number all that more impressive.

Aaron Judge wasn’t pressing, he ran an OBP over .500 in the seven-game stretch where he hit 0 HRs. He was crushing the ball when he made contact (102.8 MPH Exit Velocity and 50% Barrel%), and he swung at just 25.8% of pitches out of the strike zone. People were saying he was in a “slump,” but how can you slump when you’re running an OPS north of .950? This is what separates Judge from other extremely powerful hitters of the past; he’s remarkably balanced at the plate. Never cracking under pressure, this is part of what has made Judge historical beyond the HR total.

One of the Greatest Offensive Talents Ever

When you read this, you may think I’m writing some form of clickbait. The thing is, Aaron Judge statistically proves this to be true. His 209 wRC+ is the 8th best mark ever in the post-integration era (1947-2022), and this is only topped by the likes of Mickey Mantle, Barry Bonds, and Ted Williams.

All three of those names are thrown around in the discussions of the greatest players ever, and that’s because Judge possesses the same balanced approach to the plate that those three did. He currently leads the American League in Batting Average (.313), leads all of baseball in OBP (.425), and also has 16 Stolen Bases alongside that! As a total player, he’s very complete and possesses little to no holes in his game. He’s the first 11 WAR player (per FanGraphs) since 2004, Barry Bonds; one of only 9 position players to do so in the post-integration era

Let’s get even crazier; why don’t we look at total careers in the post-integration era: (Minimum 3,000 Plate Apperances):

Aaron Judge is one of the 5-6 best post-integration hitters EVER right now, and that speaks volumes as to what he’s meant to this franchise on the field; but what about off of it?

Aaron Judge is the Perfect Leader for the Yankees

Stoic, elite, and beloved by his teammates and coaches, Aaron Judge, has taken a massive leap as a leader for the Yankees. He’s always been captain material, but a World Series title would make it impossible for the Yankees to not name him captain if they’re able to extend him. There’s never off-the-field concerns with Judge, never a quote that’s considered questionable, and never a distraction that hurts the team. You want to know what stat separates him from the great Yankee seasons of recent memory?

Aaron Judge’s 7.58 Win Probability puts him on pace to set the Yankees record for single-season Win Probability Added. He’s is about to finish what could statistically be considered the most clutch season ever by a New York Yankee. His 7.58 WPA is just 0.10 points shy of 2007 Alex Rodriguez for that franchise record, and now he sits just 1 HR shy of the American League record for Home Runs in a single season.