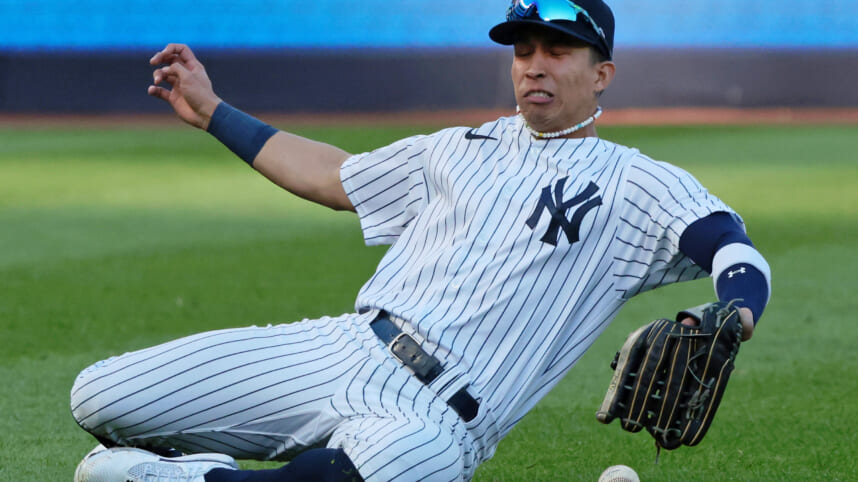 The New York Yankees are gearing up to face off against the Cleveland Guardians and Triston McKenzie in Game 3 of the ALDS on Saturday night. However, they’ve had a few speed bumps to overcome in the first two games after enjoying nearly two weeks off.

The Yankees scored a combined six runs, meaning they need far more offensive production if they want to emerge victorious in Game 3 and push to the ALCS against either the Seattle Mariners or Houston Astros.

With that being said, a few individual performances for the Bombers have underwhelmed, including Aaron Judge, who has struck out in seven of his eight at-bats across two games.

Two players for the Yankees who have struggled to open the ALDS:

The Yankees instilled a lot of faith in rookie Oswaldo Cabrera, but he has yet to answer the call offensively for the Bombers. Across two games and eight at-bats, Cabrera struck out five times, failing to get on base. Ultimately, if you can’t get on base, you can’t score, and Cabrera has struggled to help his team in that regard.

In Game 1, Cabrera came up with a great catch on the left-field wall but just missed a sliding catch in Game 2, which helped Cleveland drive in a few runs. While it was a difficult play to make, it is one we’ve seen Cabrera make routinely this season, given his nine defensive runs saved above average in just 47 games.

Aside from that one defensive player, Cabrera simply hasn’t been able to contribute with the bat in his hands, something that needs to change in Game 3 if the Yankees want to push past Cleveland.

Catcher Jose Treviño has also struggled a bit in his own regard, failing to record a hit across four at-bats in two games against the Guardians. He struck out twice, even being pulled on Friday to offer Matt Carpenter an opportunity to hit in a high-leverage situation.

Treviño did record an RBI on a sack fly in Game 1, but he’s also been a bit spotty on the defensive side. His throws to second base when runners are stealing have been wayward, not showcasing the same accuracy he displayed during the regular season.

Aside from a few defensive blunders, Treviño also needs to contribute a bit more on offense, along with the rest of the Yankees. This team has the potential to blow a game open at any given moment, but almost two weeks off has clearly impacted their flow and rhythm.