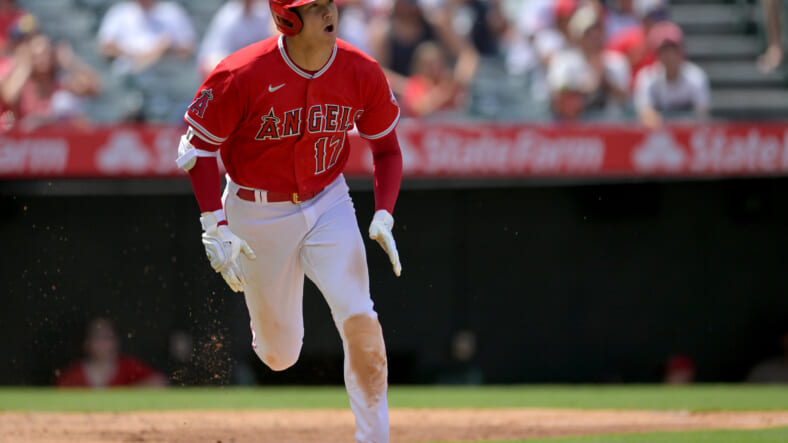 A splash for Shohei Ohtani would make the New York Mets a much more exciting baseball team next year. That being said, a trade package for the 28-year-old phenom would be quite expensive for the Mets.

Two proposed deals were recently shared to get an idea of what the parameters of a deal would be. Pat Ragazzo of Sports Illustrated and Danny Abriano of SNY both discussed what they think the Mets would have to give to get one of the best players in baseball.

This was proposed by Ragazzo. Certainly, one expensive package filled with youth here. Francisco Alvarez and Brett Baty are currently looked at as two key future pieces to the Mets franchise. They were both called up for the home stretch of the 2022 season, and while things were not perfect, they still showed glimpses of promise.

Per MLB.com, Ronny Mauricio is the Mets’ sixth-ranked prospect, and Alex Ramirez is fourth. Mauricio is a 21-year-old shortstop and is expected to be in the majors next year. He has both power in his bat and a strong arm. Ramirez is still only 19 and is supposed to be in the bigs come 2024. He is good in the field, fast on the bases, and also offers some power in his bat.

Ultimately, this package seems to be a bit too rich as great as Ohtani is. To part with four of your top six prospects when you will have the money to keep a star of your own in Jacob deGrom or go for one like Aaron Judge, the value here is a little too much for the Mets.

2. Mets give up Baty, one of Ramirez or Kevin Parada, plus two prospects rated outside top-15

Abriano put this package together. Not as expensive as the one above, but still far from cheap. He stated that to him, Alvarez should be untouchable as the top prospect in baseball.

Still, parting ways with Baty is tough to think about and should by no means be a starting point.

The deal Abriano modeled his package off of was the recent blockbuster that the San Diego Padres gave the Washington Nationals for Juan Soto.

He made known how the Mets should initially include two non-top-15 prospects because of how respected their minor league-talent is (top-10 in baseball). If the Angles do not budge on that, he stated he would open it up to one prospect in the 11-15 range.

This deal is undoubtedly a better route for the Mets to look into. Still, giving up an exciting prospect like Baty would be difficult to live with.

It will be quite polarizing to see how things play out on the Ohtani front this offseason.